Organ donation can give life to someone. Everyone must have heard this thing many times, but only a few people have taken it seriously. Actually, organ donation is done to those people whose diseases are late-stage and need an organ transplant. Due to a lack of awareness, lakhs of people across the country are battling […] Movies are also being made for digital platforms. One of those films is Maja Ma, directed by Anand Tiwari. Maja Ma Movie Story: The story of the film begins with Tejas Patel (Ritvik Bhowmik) working in America, who is preparing to meet the parents of his girlfriend Aisha (Barkha Singh). Aisha’s parents are among the […] Just a few days back, Prakash Jha’s ‘Matto Ki Cycle’ was released. Was a wonderful film. Excellent filming of the life of a daily wage laborer. It was told that this was art cinema. Now another film has come Sanjay Mishra’s ‘Woh 3 Din‘. It is also called art cinema. Woh 3 Din Movie Story: […] ‘Atithi Bhooto Bhava‘ was seen today. Today we will talk about this movie. The film is streaming on ZEE5. Prateek Gandhi and Jackie Shroff are in the lead roles. Atithi Bhooto Bhava Movie Story: There is a boy Shrikant. Standup comedy is his profession. Cooking hobby. He has been in a relationship for three to […] A simple film “Saroj Ka Rishta” by Abhishek Saxena will go straight into your heart. You will go on getting attached scene after scene with ‘Saroj’ giving a befitting reply to society with light-hearted comedy. This film showed a mirror to people who want a slim, slim girl for marriage and also to those girls […] 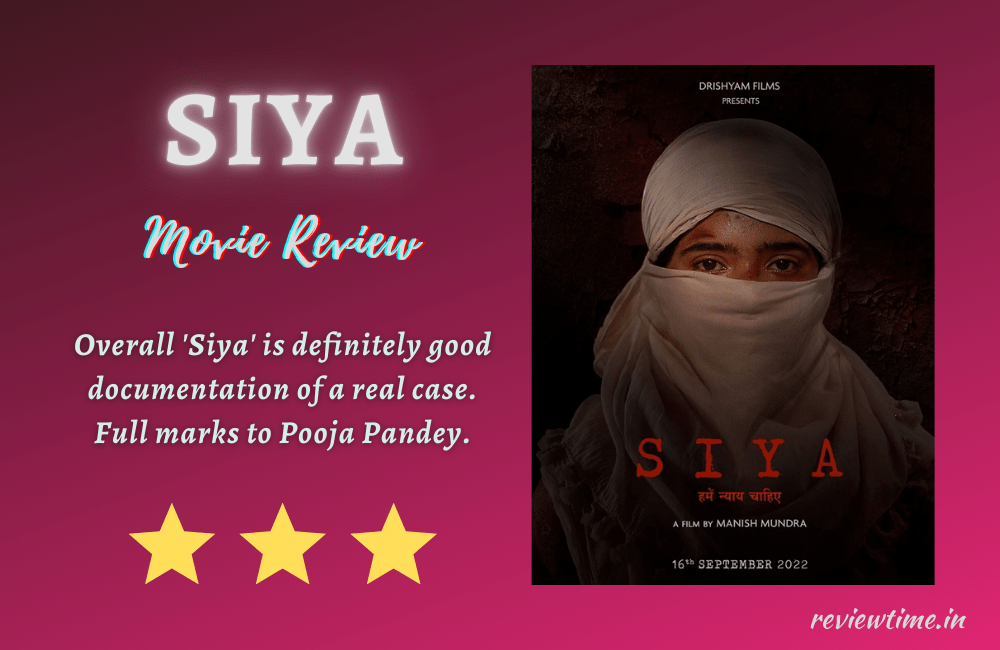 Siya Movie Story: There is a girl. minor. gang rape victim. She has experienced a hell of pain and continues to suffer. Standing tight for justice. Against powerful people. In such a system where the police administration is seen standing in the court of all the criminals. If there is anything on the girl’s side, […] 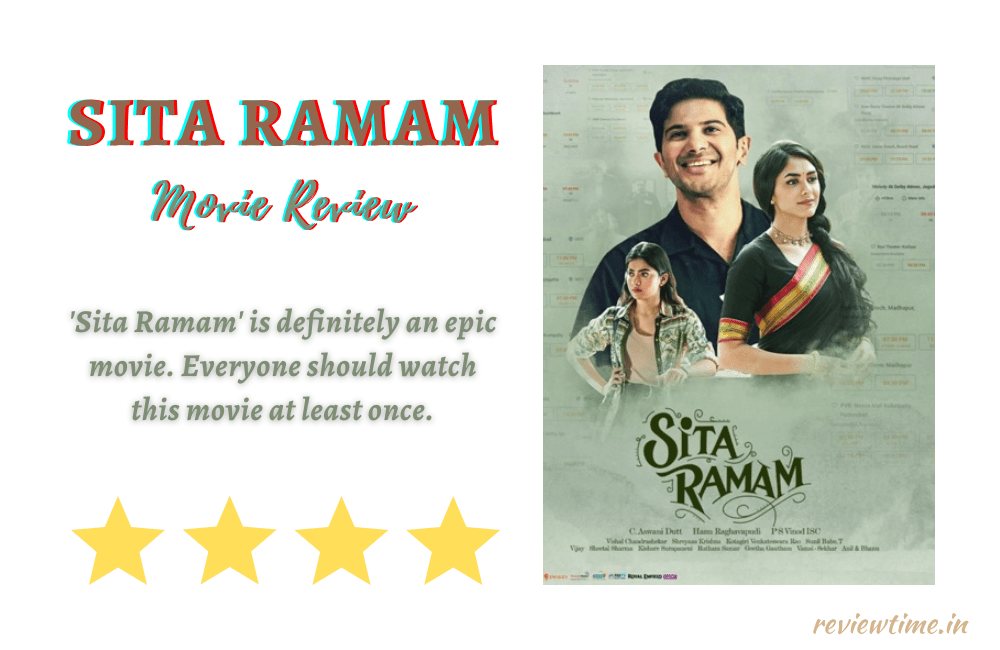 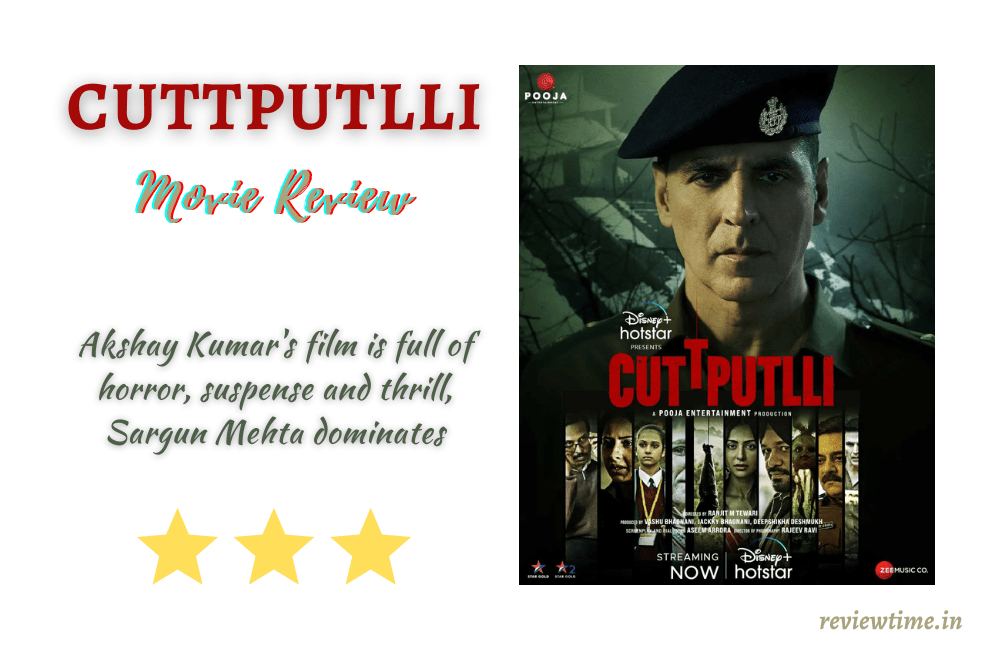 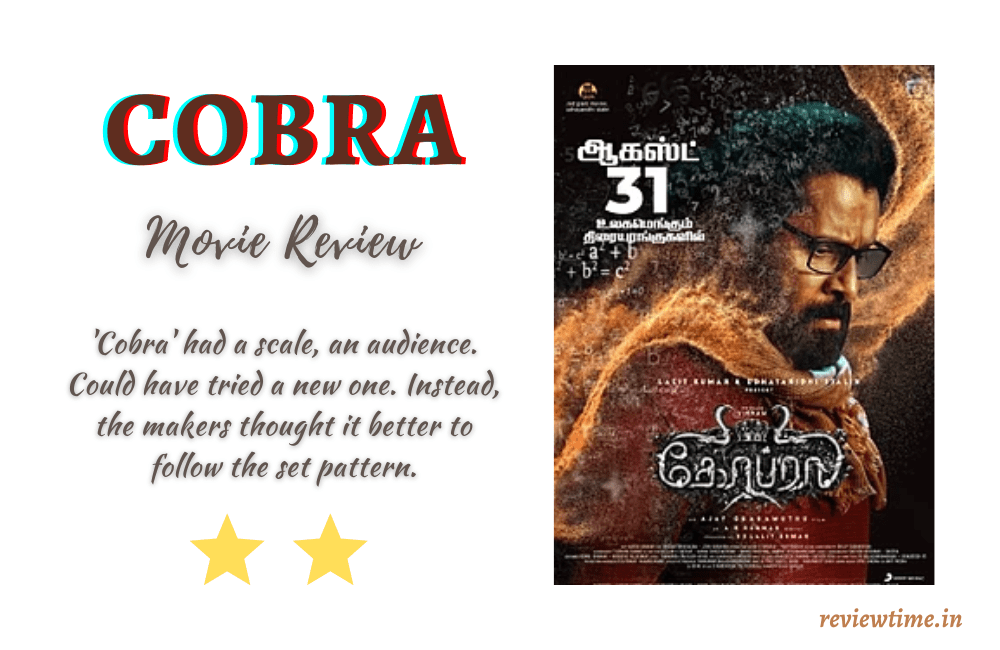 Chiya Vikram’s film ‘Cobra‘ has finally been released after the postponement. The film has been produced by Ajay Nyanmuthu. AR Rahman has given music for the film. Along with Vikram, the film also stars actors like Roshan Mathew and Srinidhi Shetty. Also, former cricketer, Irfan Pathan has also made his acting debut with the film. […]