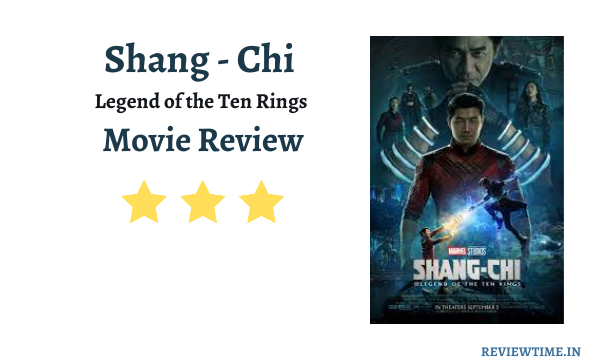 After the second wave of Corona, the tag of dragging people to open theaters is once again going to tie the head of a foreign film. After the previous wave, ‘Tenet’ and ‘Wonder Woman’ did this work, this time it is the Marvel Cinematic Universe’s new film ‘Shang Chi and the Legend of the Ten Rings‘. The film has already received a lot of buzz as the influx of Asian superheroes before Marvel. The film has also been released in India in other major Indian languages including Hindi. It can be seen in its normal version as well as in IMAX, 3D Max, and 4D Max. Theaters open with 50 percent capacity are looking housefull on the first day of the film’s release.

The film ‘Shang Chi and the Legend of the Ten Rings‘ is a story of relationships. It contains bitter memories of the past and a struggle for the victory of good over evil.

The film ‘Shang Chi and the Legend of the Ten Rings‘ is a film that adds a new chapter to the Marvel Cinematic Universe. The film seems to be filling the gap of one original story that MCU fans have been looking for since the film ‘Avengers Endgame’. MCU fans, who have been feeling the incompleteness of the formulaic stories of Spiderman and Black Widow, are going to love this story.

The story begins in Silicon Valley of San Francisco where a couple is busy with their everyday lives. Both of them do not have any problem getting bread two times. But then there comes an earthquake in their life. The veil is removed from the limitless powers of ordinary-looking humans and the story enters the superhero who is called by his father. The face-to-face this time between father and son is decisive. The immortality of the tradition of ‘Ten Rings’, which has been going on for centuries, has to be put to the real test this time.

This is Creighton’s first film in the MCU, so there is no pressure on him to retain any past responsibility. He has freely directed a film that is complete in itself even when viewed apart from the MCU. After a long time, while watching any MCU film, no tension gets created in the mind and this is the victory of this film.

As a director, Destin Creighton has got a lot of help from his technical team here. The natural scenes shown in the film seem to reduce the film’s dependence on VFX to a great extent. In the second part of the film where the story takes the help of VFX, then the audience is lost in the story. This is a wonderful amalgamation of a mythical-looking saga with the modern world. In collaboration with Dave Callaham, Creighton has created a true-to-life story. And, cinematography by William Pope brings this story to life on screen. Another big help to the film comes from the music composed by Joel P West. The background music of the film has been successful in bringing the story closer to the heart.

Although the film ‘Shang Chi and the Legend of the Ten Rings‘ presents Simu Liu as a superhero. Without a strong villain, this superhero would hardly have been so comfortable. In this regard, Tony Leung has done the most accurate job in the film. Their eyes speak, even if the scene is of conflict. Tony has left his mark in the scenes with Simu Liu, leaving the audience stunned when he clashes with Fala Chen. The rest of the cast of the film has also played their part tactfully and with amazing talent.

While watching the film ‘Shang Chi and the Legend of the Ten Rings‘, you get a different kind of feeling also because the film brings along the gust of calmness of the East despite being a part of the violent MCU of the West. Yes, if the influence of China on the film was a little less, then the Indian audience could have liked the film better.