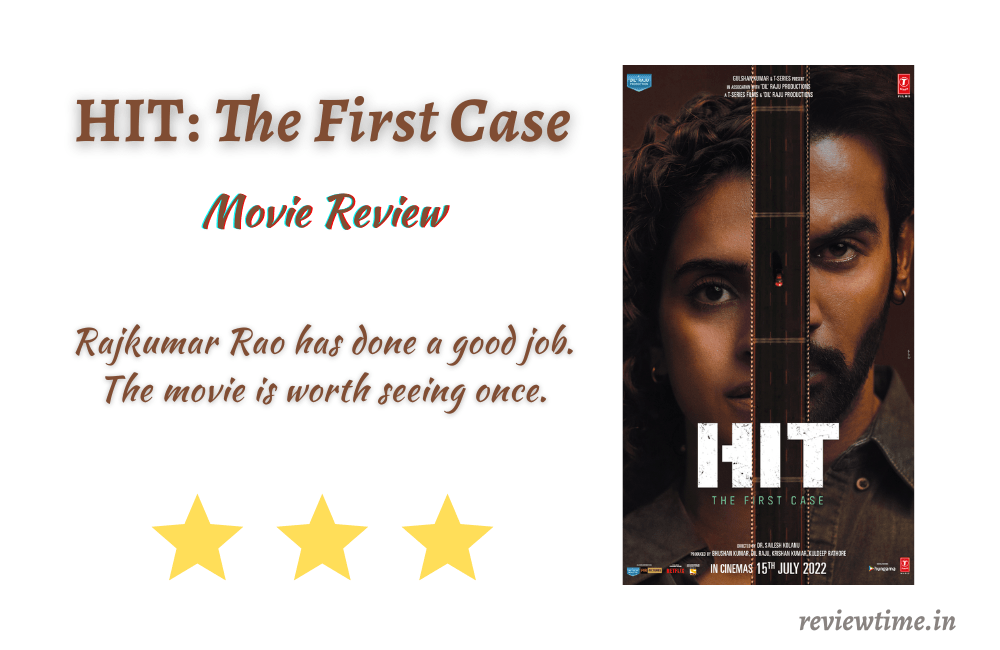 There was a Telugu film in 2020, named Hit: The First Case. Now the Hindi remake of the same has come, which is made by Dr. Shailendra Kolanu, who directed the Telugu version. Today we will talk about some good, some bad, and some new aspects of this action-thriller film.

The story of the film takes place around Jaipur. Vikram is a police officer. His past haunts him. Looks rough and strong from the outside. Weak inside. He is afraid of fire. Vomiting comes after seeing the dead body. His work is saving him. If he doesn’t work, he will go crazy. His job is to stop the murder before it happens. Vikram is part of the HIT ie Homicide Intervention team. His partner feels that he should neither shave nor wear proper clothes, from which angle the policeman is engaged. Well, the people who understand him in the midst of all this are his friend Rohit and his girlfriend Neha. Of these, Neha is missing. His colleague Akshay is handling this case. Vikram has a figure of thirty-six than him. On the one hand, Akshay is looking for her.

On the other hand, Rohit and Vikram are also in search of her. Meanwhile, another girl Preeti also disappears. Whatever happens in the search for Neha and Preeti, is the only story that the makers have to tell you.

There is tension and speed in the story. The story that fills up after the first few scenes, does not give you a chance to blink. Even uncovering new aspects, does not slow down its speed. Just as an athlete running a marathon is handed a bottle of water, writers are caught with new twists and turns in the running story. The end is not very promising. It is not always necessary to explain after all that has happened. At least the open ending would have been a better option for this film. Along with this, both the method and motive of the murder also throw the high standard of the story on the ground immediately. The characters needed to be cooked more. Like Rohit’s character, Akshay’s character, or Neha’s character. Everything seems half-finished.

A little bit has been missed in giving a good story the shape of a good screenplay. There seems to be a rush to advance the screenplay. In a hurry to do everything, the matter reaches from lie detector test to narco test in a few minutes. Yes, the questioning part is very good. There are rough cuts. Quite sharp. It’s fun to see. The background score also plays an important role in this fun. The cinematography is also good. The shots and angles with the camera moment with the character are good. The use of artificial light is good. The combination of light and camera is so good that many frames look like paintings. But the drone shots have been overdone.

Rajkumar Rao has done a good job in terms of performance. He looks good everywhere in the role of Vikram. Just where their memories bother them, they are defeated by expressions in those places. seem fake. How much screentime has Sanya got? She is flawless in it. Like a laughing flower among the hawthorns. Shilpa Shukla has not been able to show Jauhar according to her credentials. Milind Gunaji has done great acting. Dalip Tahil is right in the role of Vikram’s boss. Sanjay Narvekar leaves a mark in a very small role. Jatin Goswami has played the character of Akshay wonderfully. He has not tried to do any acting. He still has a long way to go in the journey of acting.

By the end of the picture, the hint of the sequel also leaves. The sequel to its Telugu version is coming on July 29. That is, it will also come. Well, go to the cinema hall and watch the movie. It’s worth seeing once.