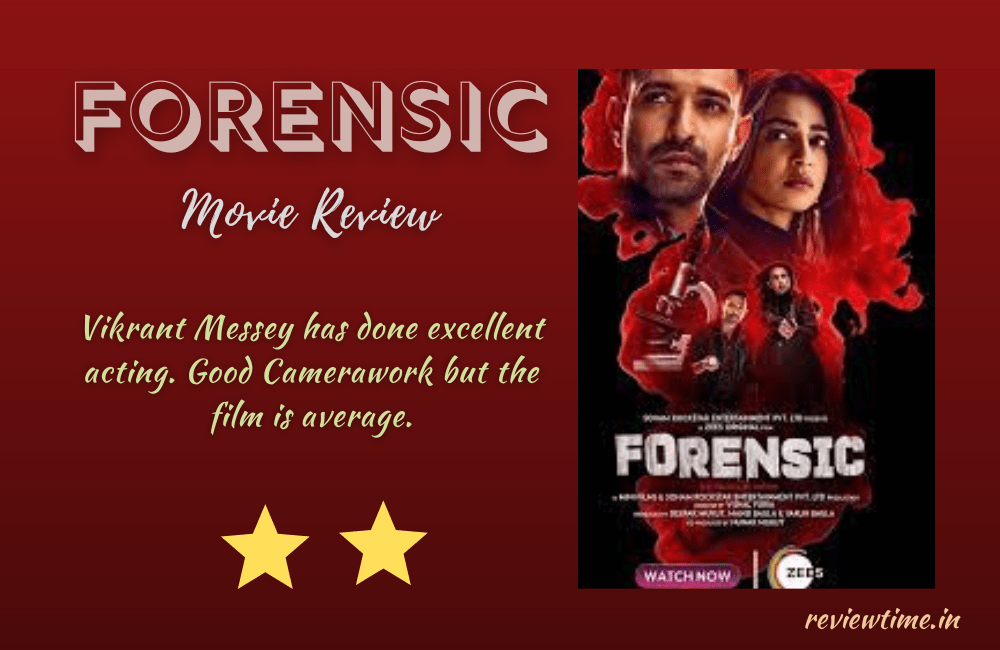 ‘Forensic‘ is a crime thriller film. Streaming on Zee5. The film is set in Mussoorie and some other hill stations. With good camerawork, you will get to see all the beautiful places.

The story is such that some girls are murdered in Mussoorie. Inspector Megha and forensic expert Johnny are searching for the serial killer. In the meantime, there are many ups and downs, conflicts, and turns.

As the story progresses. Everything seems very unreal. Many meaningless chase sequences are seen. When Inspector Ved follows Megha and Johnny in a car. Or when Megha goes to catch a suspect Charlie Pinto. It is possible that to the viewer, it may look fine as a separate sequence. But does not fit in the film. Means anything is happening. When Inspector Megha’s known suspect comes out, Megha is suspended without talking. In many places, the blood on Prachi Desai’s clothes and body is thrown out.

There is no end to the story. Nothing new in the screenplay, it’s all the same cliché. A crime thriller is one in which the viewer wants to know the events ahead. But after a while watching this film gets bored. Yes, but as the name suggests, the knowledge of forensics has been strengthened. New technology will be known about, new terms will be heard. Like the directors and writers have put all the hard work just to justify the name of the film. The direction of Vishal Furia is also average. Adhir Bhat, Ajit Jagpat, and Vishal Kapoor have written it together.

Well, there was hope from Radhika Apte too. But she disappoints. She is very loud in the role of Megha. Shocked without talking. Somewhere a little thing is known, the facial expressions make a terrible jump. As Megha has never seen anything before as a police inspector, Radhika screams inexplicably in many places. Prachi Desai has also done an average job in the role of Dr. Ranjana. At one time she was acting sly. But where action and emotion come, their acting gets exposed. Rohit Roy is also gimmicky in emotional scenes. Vikrant Messey has done excellent acting. He has blossomed like a lotus in the quagmire of an average film. Subrata Dutta has done a great job in the role of Radhika’s senior. Vindu Singh has also acted well. Jessica and Nikhil also look good in the role of Anya and Rohan.

As far as watching ‘Forensic‘ is concerned, there is a risk. But if you want to practice the risk-taking ability present inside you, then definitely have a look.