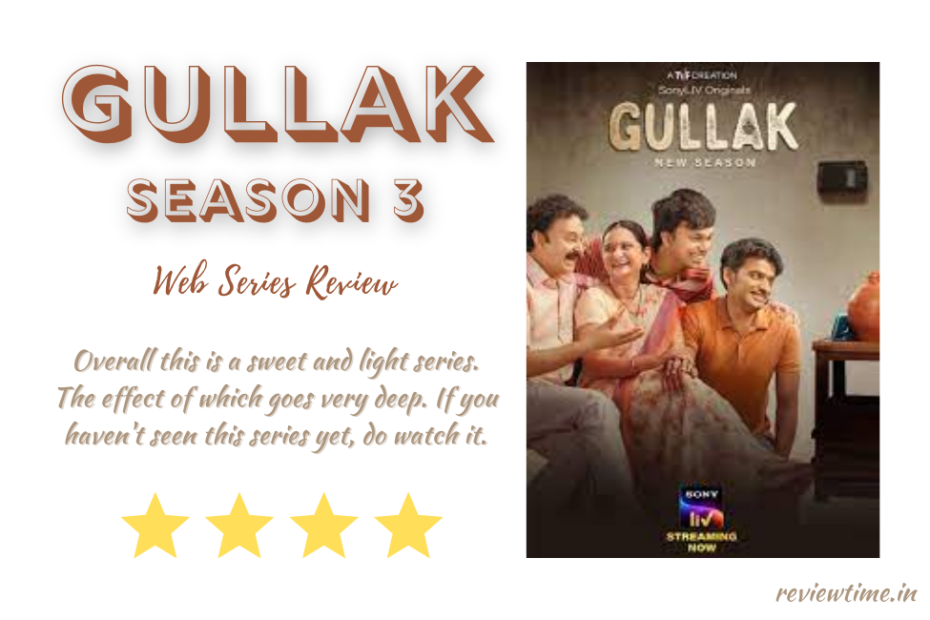 In the year 2019, a series came on Sony Liv. Whose name was ‘Gullak‘. Then its second season came in 2021. Both the seasons became so popular that there was a demand for their third season and removing all the complaints, its third season also arrived. Let us know whether or not this series is about the middle-class needs and small things of a middle-class family, and how it is.

Those who have not seen this series yet, tell them that the story of ‘Gullak‘ is of the Mishra family. The Mishra family consists of four people. An honest father, Santosh Mishra is a clerk in the electricity department. Honestly goes to and from the office. Never wastes time by getting stuck in a union affair. The second member of the family is a mother. She can be called the head of the household. If she gets angry, then the entire Mishra family gets shocked and upset. She is a bit shy in nature but never backs down in speaking her mind. Then whether the relationship of agility is not to be called or the worship of Shanti Path in the house. Shanti Devi is the life of the whole house.

The third member is Anu Mishra. Those who wanted to take out SSC in the first season. But it could not happen. In the second season, he wanted to take a gas agency. Even there, things did not work out. Now in this third season, he becomes MR ie Medical Representative. Those who go to the doctors and show the samples of medicines.

There is Aman Mishra, the fourth and youngest member of this family. 10th topper. But his studies have taken a toll on him. The family wants to teach him both science and maths. He wants to get admission to a good school. For which the effort goes on. But Aman has his mind to do something else.

Let’s start from the beginning. Attention was taken by Santosh Mishra in this season. Santosh Mishra i.e. Jameel Khan. Earlier, Jameel was seen in films like ‘Gangs of Wasseypur’ and ‘Ram Leela’. His role there was quite intense. But his comic timing and dialogue delivery hit in ‘Gullak’. Geetanjali Kulkarni, who plays Shanti Mishra, has caught her character perfectly this time too.

The work of Vaibhav Raj Gupta and Harsh Mayar, who play the role of Aman and Annu, is also good. Both of them have also fully justified their role. The one who will miss the most this season is Bittu Ki Mummy. That is, Sunita Rajwar. She got very less screen time in the season. You want to see her more on the screen. But alas it was not so. You will definitely miss the tussle between Santosh Mishra and her this season.

So overall this is the story of a small middle-class family. ‘Gullak 3‘ teases such everyday topics that you think this has happened in your family as well. Maybe that’s why you keep yourself connected throughout the series.

Like the other two seasons, the writing of this season is amazing. The punches and tag lines written by Durgesh Singh are relevant and absolutely accurate. The special thing about his writing is that he has brought the talk of a common citizen to the screen. The thing that the middle class always wanted to say.

In total, in this series of five episodes, the writer has tried to touch every aspect which is somehow related to the common man. Whether it is to happily go out for dinner with family and neighbors or to get the daughter of a childhood friend married.

The writing of this season of ‘Gullak‘ is what keeps you tied the whole time. Even if you want, you cannot watch it in fast-forward mode. This feeling comes in the heart that no cool line should be missed.

Talking about the direction, this season has been directed by Palash Vaswani. He also directed ‘Cheesecake’ which came in the year 2019. Palash’s work is fine.

Overall this is a sweet and light series. The effect of which goes very deep. If you haven’t seen this series yet, do watch it. Not only this but also definitely watch both its old seasons.