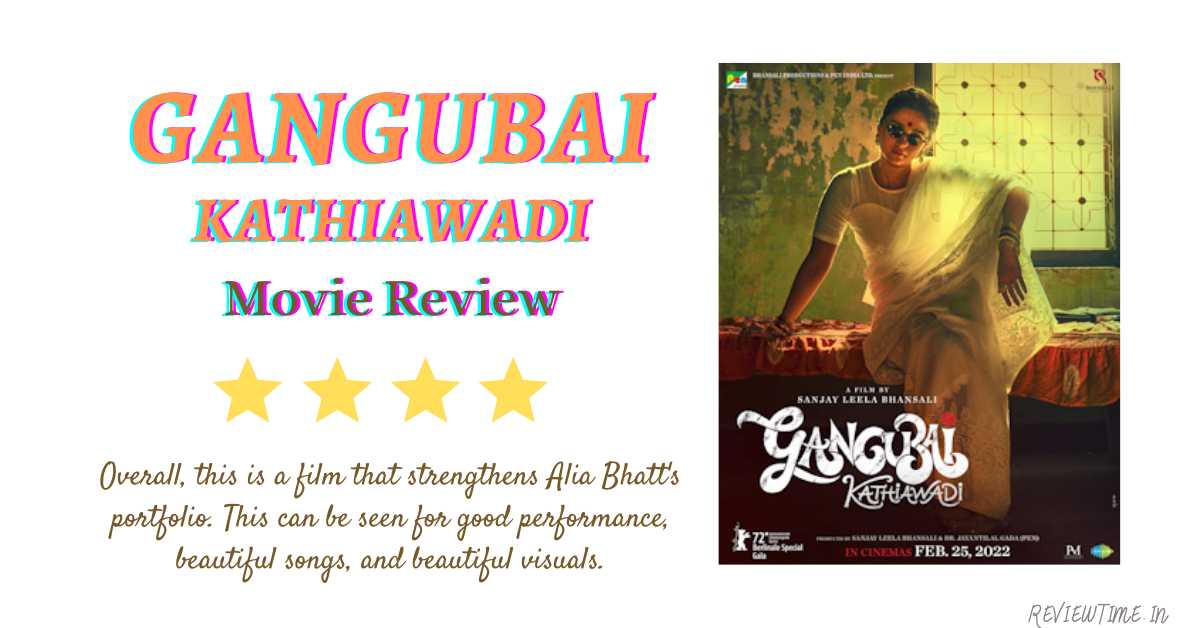 The basic story is that a girl named Ganga lives in a village in Gujarat. She wants to go to Mumbai and become a Hindi film heroine. But when she reaches Mumbai, she finds herself in Kamathipura, the city’s most ‘disgraced street’. After getting into the business of prostitution, Ganga becomes Gangu. Then Gangu meets the biggest don of the city, who calls her sister. From here the journey of Gangu becoming Gangubai begins. Whose highest point in her meeting with Prime Minister Pandit Jawaharlal Nehru.

There are many such scenes and dialogues in ‘Gangubai Kathiawadi‘, which keep reminding you that you are watching the story of a sex worker. Light moments are created in the film with such heavy lines. This un-apologetic attitude works in favor of this film. Gangubai Kathiawadi is not a story that you have not heard or seen before. All the films that have been made around this subject have more or less the same story. We are not telling that story short or low. Our point is that ‘Gangubai Kathiawadi‘ takes the same thing to a slightly grander level. Its heroine is not sad. She is the hero of her picture.

Alia Bhatt has played the title character in the film. Alia is a capable actress. Her work in this film is also outstanding. Apart from her, Seema Pahwa has played the role of Sheela Masi. Sheela is the woman who forcibly brings Ganga into the business of sexual intercourse. It’s nice to see Seema Pahwa doing something different from the middle-class family’s funny aunty role. Vijay Raj has played a transgender character named Razia in the film, who has a lot of rage in Kamathipura. But Razia remains a filler-type character. There are one or two scenes of Vijay in the film, in which he gets a chance to perform. But his screen time is very little. You want to see more of him in the movie.

Ajay Devgan appears in the film as Rahim Lala, which is inspired by real-life don Karim Lala. Despite being small, he emerges as an important character for the film. Because an incident changes the story of Gangu. Rahim Lala has a big hand in that change.