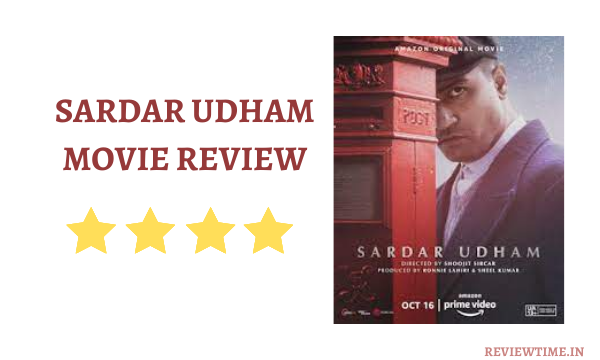 A movie has been released on Amazon Prime Video. Its name is ‘Sardar Udham‘. We all have heard the name of Sardar Udham Singh. But very few people know about them. Because not much information about them is available in the public domain. But basically, everyone knows that Sardar Udham Singh avenged the Jallianwala Bagh massacre by shooting a British officer named Michael O’Dwyer from point-blank range.

When Udham Singh was 20 years old, the Jallianwala Bagh massacre took place. In which thousands of people lost their lives and many were injured. Those who were in Jallianwala Bagh at the time of that incident had only wounds on their bodies. But Udham Singh got injured from within. This incident filled that person with so much coal that he kept burning in the fire of revenge for the next 21 years. Udham apparently felt bad about the deaths of people. But worse than that, he felt that some outsider came to his country and took away the basic freedom of the people to speak, to protest. Those who went against him were gunned down. Sardar Udham Singh was so committed to his cause that he waited 21 years to kill Michael O’Dwyer.

This film named ‘Sardar Udham‘ does not just pay tribute to the revolutionary. Rather, it brings his unheard story in front of the world. This film studies the character of Sardar Udham Singh. What is he doing? Why doing? How is doing? What will happen if you do this? This film gives you the answers to all such questions. And those answers shake the person inside you.

‘Sardar Udham‘ is one such biographical film that takes the genre far ahead of its contemporaries. Whatever is happening in this film, is happening in such a raw and organic way that its authenticity starts to be doubted. This happens because we have got used to watching spicy movies in the name of biopics.

‘Sardar Udham‘ is a three-and-a-half-hour-long film. While watching this, your patience is tested. But in its last part, this film pays off all the accounts. You can’t get that bone-chilling climax sequence out of your mind. But it’s so frightening that you don’t even want to remember it. Shoojit Sircar is one such filmmaker whose films create room for change in you.