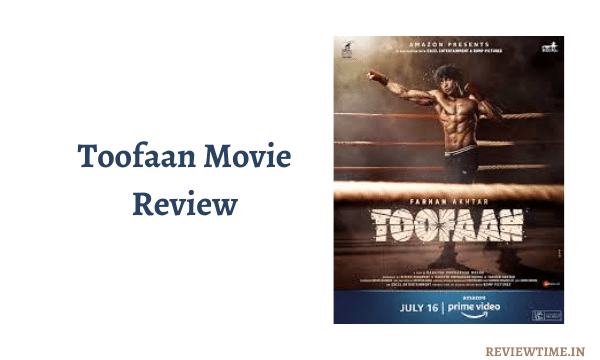 The last time Farhan Akhtar and Rakeysh Omprakash Mehra came together was ‘Bhaag Milkha Bhaag’. In the film ‘Toofaan‘, all the trappings of a sports biopic have been brought back. Toofaan is the story of Aziz Ali, a boxer, played by Farhan Akhtar.

In ‘Toofaan’, Aziz i.e. Ajju Bhai (Farhan Akhtar) is Dongri’s gangster, who sees himself as the skilled boxer Aziz Ali. Aziz never gets a chance to represent India at the international level.

You will get a big twist in the climax of the film, Paresh Rawal’s character, seeing his face, you will know why it is going to happen next.

Aziz Ali has a past of his own, with boxing and doctor Ananya (Mrunal Thakur) being his first love. Don’t understand why Bollywood filmmakers bother to give “careers” to their heroines when in the end they have to showcase their hero’s victory? Ananya is shown only for a few scenes, after which Ananya is shown completely dependent on Aziz.

Vijay Raj and Darshan Kumar make cameo entries in the film. Supriya Pathak’s talent goes to waste in this film, as she plays another orthodox Catholic character who speaks broken Hindi with English words.

The Toofaan really comes alive only when the focus is on Aziz’s relationship with Ananya. The prejudice and bigotry that both go through are sad and for the time being it seems that the film is finally on track. However, in its eagerness to impress everyone, the film drops the narrative and begins to deliver its own message, making the Toofaan feel unnecessary.