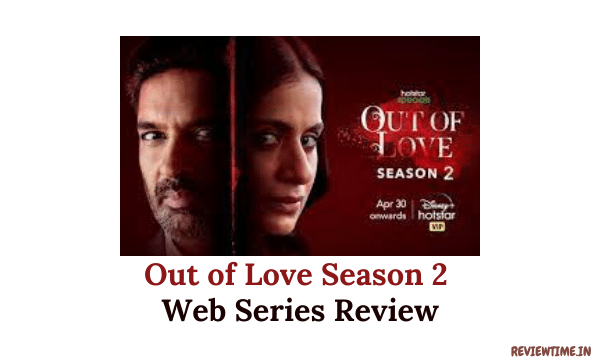 The second season of the popular web series Out of Love released in 2019 has been released on Disney Hotstar. Two episodes of this series have been released on April 30, and the remaining three episodes will be streamed one after the other on Friday. This format of the release looks a bit odd. Talking about the two episodes being streamed at the moment, the story has increased three years ahead of where the story ended in the first season.

Out of Love Season 2 Story:

In Coonoor, Meera (Rasika Duggal) is happily spending her life with her teenage son Abhishek forgetting the past, but she gets the news that Aakarsha (Purab Kohli) has returned to Coonoor. He is married to Aaliya and he also calls his son in marriage. Growing closeness is disturbing Meera due to Abhishek’s consecration.

In two episodes, Meera’s life seems to be slowly falling apart. Is there an attraction behind everything? Will Meera let Aakarsh ruin his life? In this web series with the tagline ‘Everything is fair in Hate and War’, what will this war of hatred of Meera and Aakarsh take, it will be known in the coming three episodes.

Out of Love Season 2 Review:

The two episodes are close to one and a half hours. The story has started this time instead of attraction. He has come to take revenge on Meera and the story comes directly on his issue without much ado, which is seen in the trailer. She also appears in two episodes. Overall, the story is predictable, which has reduced the interestingness, however, only two episodes have come, so it is too early to say that the web series is entertaining or cumbersome. It is expected that two new characters, including Abhishek, will help to make the story of the upcoming episodes engaging.

Talking about acting in the first two episodes, the focus of the story was mainly on Rasika and Purab Kohli and both have once again acted well. These two actors are the USP of this series, it would not be wrong to say that there was nothing special to do for the rest of the characters.

Out of Love Season 2 Rating: