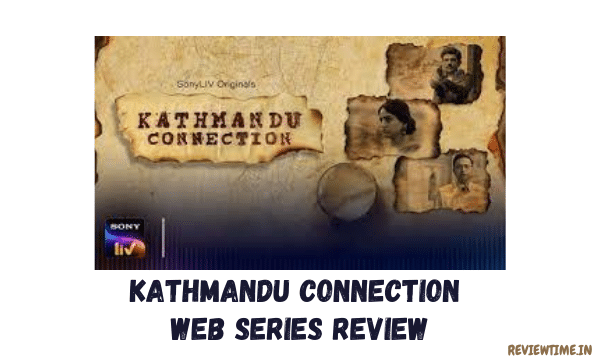 The web series Kathmandu Connection is a crime thriller series. The story of this series, influenced by real events, is about the connection of Kathmandu to the murder of an officer who investigated the Mumbai bomb blasts. The story is based on this one line which seems very interesting too, but the story which has come on screen in six episodes has made the matter cumbersome, not interesting.

The way the first episode of the series starts, one hopes to see a great crime thriller. There is also a case till the third episode, which added twist and turn to the main plot and subplots, they raise expectations. But by the fourth episode, this series falls face down and hopes too. The last episode has been badly drawn, it would not be wrong to say.

One of the main drawbacks of the Kathmandu connection is the story and its treatment. The series begins with a 92-year-old serial blast in Mumbai that begins with the murder of an officer, then a connection to the story of a kidnapping in Delhi, a TV journalist coming from Kathmandu with blank calls as well as reaches the police, journalists, and gangsters Love triangle and finally, this series has become a revenge drama, which does not serve anything new in front of the audience.

Talking about acting, Amit Sial has done strong acting once again. He has lived up to his character with full impetus. When in the courtroom, he is thinking of events. That scene has become fantastic. In the series, Aksha and Anshuman have also supported them well. Hitesh Agarwal had nothing special to do, though the story begins with him. The work of the rest of the artists was fine.

Talking about the cinematography of the series, the airport scenes have not been good. The story of this series is from the 90s but the director seems to be missing in its detailing. The dialogue of the series and the music are average.