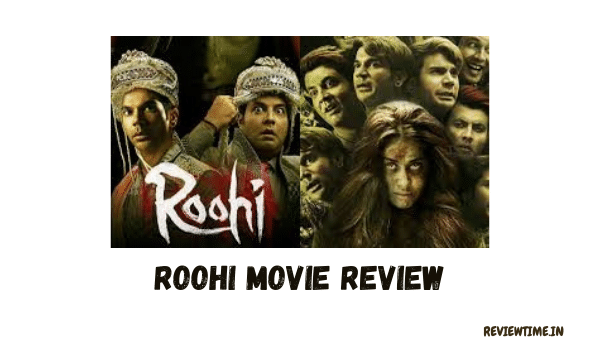 After the success of the horror-comedy film Stree, producer Dinesh Vision has now brought Roohi to the same genre. In common horror films, a soul enters a human being and performs its plans. Usually, she wants to avenge the injustice done to her. People are afraid of him in this form. There are many efforts to get rid of that soul. The story of Roohi written by Mrigdeep Singh Lamba and Gautam Mehra, who have given films like Fukrey, has tried to serve this aspect in a new way. However, due to the weak screenplay, the film does not meet expectations.

The story revolves around crime reporter Bhawra Pandey (Rajkummar Rao) of Bagdpur and her cocktail horror column writer Kattanni (Varun Sharma), who is also involved in the ‘Pakdai Shaadi’ business. That is, the girl is kidnapped and forcibly married. On the orders of their boss (Manav Vij), both kidnap Roohi (Jahnavi Kapoor), but the marriage is postponed for a week. On the orders of the owner, the two take him away from the city to the wooden factory in Amiyapur.

There, both of them find out that there is a soul of Afza in Roohi’s body. Instead of taking fear from this soul, Kattanni gives his heart to him. At the same time, Bhavra falls in love with an innocent Roohi. He promises Roohi that he will liberate the soul from his body. At the same time, Kattanni feels that his love will go away from her. Hardik Mehta has directed Roohi after the film Succeed. The writer-director has taken a long time to establish Pakdai Shaadi at the beginning of the film. In the films so far, we have seen the aspect of fear-mongering on the screen.

For the first time, the witch’s love angle is inserted into the story. But the writers and directors on the screen have not been able to realize the love affair of Kattanni and Afza in a proper way. The writer-director does not go into the depth of Afza’s character. Similarly, there is a belief in Bagdpur that the ‘Mudiyapiri witch’ keeps an eye on the wedding house. Here, the groom’s eye will pick up the bride, she has not been able to make this concept effective.

In the dialogues of the film, there has been an attempt to create comedy by distorting the mention of the characters and the name of the heroine of Hollywood films. The film smashes into pieces with its one-liner but fails to intimidate.

The film features Rajkumar Rao in a new hairstyle. The tone of his language has also changed. His act of expressing fear by looking at Bhootni seems lively. Janhvi Kapoor has got a chance to play double characters in the film. Dialogs have not been much on their part. The writer did not allow his characters to flourish. Varun Sharma maintains the rhythm of his comic style. Viewers hoping for something new about the end of the film may be disappointed.