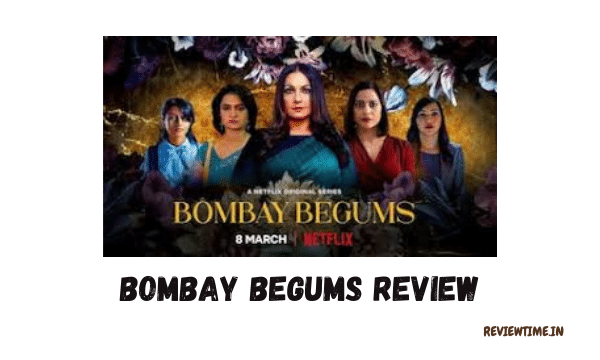 On the occasion of International Women’s Day, Netflix has brought a special series ‘Bombay Begums‘. While watching the show, famous Feminist Writer Virginia Wolf and the idea of feminist ideology comes to mind. The title of an episode in the show has also been placed on Woolf’s book ‘A Room of Once on’. The struggle of women in the show is about this … a room that they can call their own, a safe place, a right to themselves.

Like the name, the show is based on five women from Bombay. These women are at different stages of age and have different desires from life, but still, there are some things that are the same in everyone’s life, and through these things, we are able to relate to them.

Rani (Pooja Bhatt) is leading the Royal Bank of Bombay. He is at a good place in his career and is happy in marriage, but still like anything is lacking. His stepchildren do not like him and in professional life too, people are left behind like sharks. Fatima Warsi (Shahana Goswami) works under her. Fatima is young, smart, and intelligent. He has everything that anyone needs. But it is difficult to make a balance between professional and personal life.

There is another girl’s entry in the organization, Ayesha who has come to Mumbai from Indore city with big dreams. Then something happens that he encounters Lily, who was previously a dancer. There is another face in these ‘Begums’ – 13-year-old Shai. Shai is Rani’s step-daughter and is struggling with anxiety.

It is not easy to like these characters, because they challenge us. Their actions sometimes seem right, never. But still, in the end, we have sympathy for these characters.

Pooja Bhatt is brilliant in the show. The most emotional scenes of the series are between him and his stepdaughter Shai. Bhatt shows pain and helplessness, but still, the strength of his character does not diminish. Shahana Goswami, Amrita Subhash, and Plabita Borthakur also show the barricades of their characters well.

While this show is effective on the one hand, on the other hand, there are some things which are totally incomprehensible. Like Shai’s voiceover in many scenes, or Deviani’s character. However, despite all this the show is effective.

The show has been created by Alankrita Shrivastava and has also directed three episodes. Three episodes have been directed by Borneela Chatterjee.