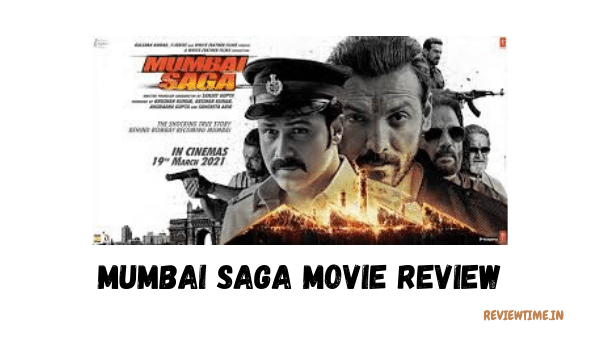 The film shows John Abraham committing several crimes to establish his supremacy and pushes a well-known industrialist on the road. After that, it is announced that the policeman who shoots him in the head will get a reward of 10 crores. Then comes Emraan Hashmi and his motive is to kill John. “Time to Sabka Aata hai, Mera Daur Aayega“, Says Amartya Rao (John Abraham) in a barrack of the prison to his enemy Gaitonde (Amol Gupte). Together with the three friends, Amartya Rao soon emerges as a new gangster from Bombay. But in the meantime, the entry is that of specialist Inspector Vijay Savarkar (Emraan Hashmi).

In such a situation, what is the link between Gaitonde, Amartya, Bhau, and Inspector Vijay Sawarkar, who survives and whose reign ends… The story of the film revolves around this.

John Abraham exerts his influence in the character of gangster Amartya Rao. His grip is still raw in serious and sensitive scenes, but his action in the action scenes looks tremendous. The fight scenes between John and Imran are the highlight of the film. Emperor Hashmi, who became Inspector Vijay Savarkar, has looked good. It would not be wrong to say that he has done full justice to his character.

Apart from these, two more powerful characters who are seen are Mahesh Manjrekar and Rohit Roy. Kajal Aggarwal has only a few dialogues in the role of Amartya Rao’s wife, her character was kept very limited. Prateek Babbar is cast in the role of Amartya’s brother. Sunil Shetty and Gulshan Grover are among the few scenes, but their personality leaves an impact. The weakest in the film is Amol Gupte, who is the main villain.

The film is very average at the technical level. Shikhar Bhatnagar’s cinematography leaves no impact. Mumbai is a city that has been shown by different directors on the big screen in quite different ways, and every time a new face of the city comes out. But this shortcoming in the ‘Mumbai Saga‘ keeps on coming. Bunty Negi has done a good job on editing. At the same time, the screenplay written by Robin Bhatt and Sanjay Gupta seems quite clichéd. Between the action scenes and the dialogue, the writer left the story completely relaxed.

The music of the film is given by Payal Dev and Yo Yo Honey Singh, which is average. The songs are written by Homi Delhiwala and Honey Singh. Ganpati’s song ‘Danka Baja’ creates a good atmosphere. At the same time, the song ‘Shor Machega’ filmed on Honey Singh seems to be only noise.

What is good, what is bad:

It is nice to see actors like John Abraham, Emraan Hashmi, Mahesh Manjrekar, Sunil Shetty on screen together. But all these actors together could not pick up the weak story. There have been many gangster drama films in Bollywood in the past, which were also well-liked which includes films like Sanjay Gupta’s Kaante, Shootout at Lokhandwala. ‘Mumbai Saga‘ is the story of 80s Mumbai, when gangsterism was at its peak. Here the director chose the plot well, but could not show anything new in his treatment… Neither cinematography, nor dialogue, nor action scenes.

If you are a fan of Bollywood action film and John Abraham, then Mumbai Saga can be seen. In many ways, the film is clichéd, every scene you come to know, but if you like watching two heroes fight on the big screen, chopping bones, the Mumbai Saga will not disappoint you.