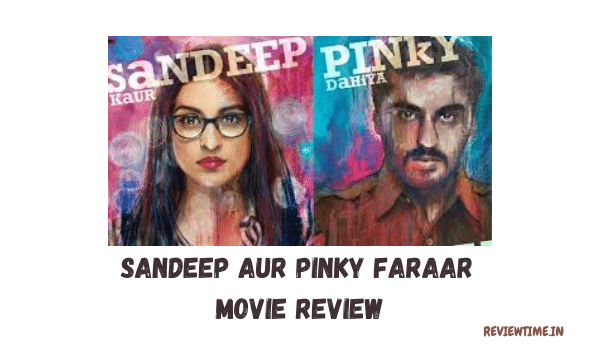 Fans of Arjun Kapoor and Parineeti Chopra star Sandeep Aur Pinky Faraar have been waiting for a long time, which has now ended. This film of Dibakar Banerjee has been released on the big screen today. Sandeep Aur Pinki Faraar is a black-comedy film. For the first time in the film, Parineeti and Arjun are seen in such a special role. Let me tell you that this film was ready in 2018, and it was to be released in 2020 but due to Corona, the film could not be released. Now the film has been presented in front of the fans.

The story of the film begins with Sandeep Walia (Parineeti Chopra). Sandeep is a successful banker in her field. On the other side is Pinkesh aka Pinky (Arjun Kapoor), who is an officer of Haryana Police and has been suspended. Something happens that Sandeep gets caught in a bank corruption case due to her boss and she also tries hard to save herself. Her boss is behind her. Pinky helps Sandeep in such a situation. Hooligans also attack Sandeep, but Pinky saves her. The second half of the film changes slightly after the half. But why does Pinky help Sandeep, will the two meet at the end of the film. For this, you have to see it in the movie theater.

Parineeti Chopra has once again left a deep impression of her acting. Parineeti is completely cast in her role. You will feel like seeing the film that this entire movie is just by Parineeti. Parineeti has played a brilliant role of a bold, courageous and scared girl. However, Arjun has not been able to live up to what he expected. But in some scenes of the film, Parineeti has definitely been overshadowed. Whereas Raghubir Yadav and Nina Gupta have proved that they are well-known artists. Jaideep Ahlawat’s acting is also commendable.

The film is very full of suspense. You will feel in a scene that the story of the film is over now, but from there, the fans will be introduced to new interestingness. A lot opens up after the second half of the film. Some scenes may feel repetitive and slow. The background music of the film is quite good. If you watch the film, you will not be able to leave it in the middle.

Why watch the movie:

The film has a wonderful story, along with it, the acting of the stars will force you to whistle in the theater. The suspense of the film is very good. The film has been presented brilliantly by the director. The light music of the film is also going to be liked.