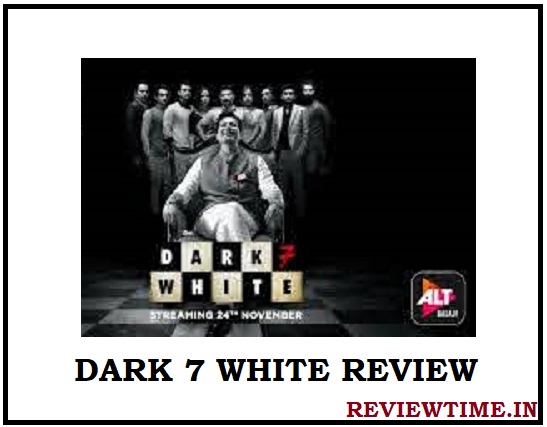 The trend of adapting literary works in the making of Indian web series has been started. But it is still limited around the crime-thriller genre. The sequel to the same trend is Zee 5 and Alt Balaji’s new web series ‘Dark 7 White’. It is the screen adaptation of Shweta Brijpuria’s crime thriller English novel ‘Dark White’. The 10-episode series is released today (November 24, 2020) on both of these OTT platforms.

The ‘Dark 7 White‘ series is basically a murder mystery. But the story has a political twist, friendship, family and rivalry go hand in hand. Set in the royal backdrop of Rajasthan, the series begins with Yudhveer Singh i.e. UD (Sumit Vyas), who has become the youngest CM. Yudhveer belongs to the royal family of Rajasthan. After winning the election, he is killed before he can sit on the chair of the CM when he is going to take the oath of the post of CM. The story then moves forward with Yudhveer’s past (Narrative Style) and his assassination.

An investigation is being done by DCP Abhimanyu Singh (Jatin Sarna). Many people are under suspicion for Yudhveer’s murder, including all his friends besides his family, with whose help Yudhveer climbed the stairs of success in politics. All these Yudhveer students have been friends of politics and they have made remarkable progress in their personal lives over time. Abhimanyu also knows all these from college time and all are going to be part of his investment one by one.

In fact, Abhimanyu Singh has contributed a lot in motivating Yudhveer to pursue politics in college. After an event, Yudhveer realizes that in today’s era, more power than his royal past is in politics. It changes his way of life.

The three episodes provided by the ALT Balaji team make it clear that ‘Dark 7 White‘ is an interesting murder mystery, which will be liked by fans of this genre. But at the beginning of the series, so many characters come together so that the characters have to struggle to keep them apart from each other. The characters and events seem to get tangled over the first three episodes. Apart from Sumit Vyas and Jatin Sarna, no character has emerged. Apart from these two actors, no one else is able to impress in terms of acting.

Since this is a murder mystery, the character and their behavior may change in further episodes, which may spark interest. The writing uses fiercely mixed English profanity and lascivious scenes in order to break through the politics of political politics and make the characters look cool. At the same time, the picture of contradiction also comes out at the ideological level. A sense of guilt about homosexuality has been shown among male characters. While female characters do not miss bras in the air to demonstrate their free sexuality.

The story and screenplay are of Mohinder Pratap Singh and Mayuri Roy Choudhary, while dialogue is by Pranjal Saxena, Shashank Kunwar, and Snehil Dixit. Such words have been used in dialogues and narrations that make Yudhveer’s character move out of the centuries-old groove of the leaders and affect the youth of today. The series is directed by Satwik Mohanty.