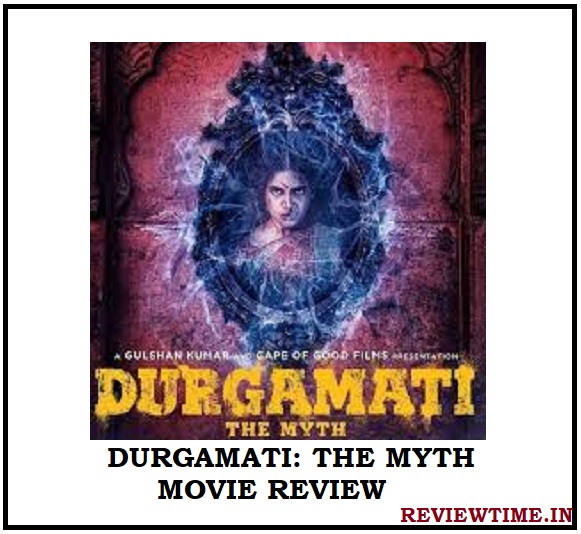 ‘Durgamati: The Myth‘ is an upcoming Hindi movie of Bollywood actress Bhumi Pednekar. The film is directed by G. Ashok and produced by Akshay Kumar and Bhushan Kumar. Earlier the name of this movie was ‘Durgavati’ which has now been changed. This movie is a Hindi remake of the Telugu superhit film ‘Bhagmati’.

Anushka Shetty was in the lead role in the original Telugu film. In it, he played the role of an IAS officer, within whom the soul of a queen penetrates.

The story of Durgamati begins with Ishwar Prasad, the character of Arshad Warsi. Ishwar Prasad is a very honest leader with a clean image and Minister of Water Resources. Old idols are constantly being stolen from temples in the vicinity of Ishwar Prasad, which makes people angry. In a meeting, Ishwar Prasad promises that if the idols are not recovered within 15 days, he will retire from politics and also declare one of his confidants as his successor.

This announcement of Ishwar Prasad creates panic in the government. Ishwar Prasad is conspired to prove him to be corrupt in order to not become a hero in the eyes of the public. For this, CBI officer Shatakshi Ganguly (Mahi Gill) is hired. To find out more about Ishwar Prasad, it is planned to interrogate IAS officer Chanchal Chauhan, who has been Ishwar Prasad’s personal secretary for ten years.

Chanchal is in jail for the murder of his fiancée Shakti Singh (Karan Kapadia). Shakti was the younger brother of ACP Abhay Singh (Jishu Sengupta), who was doing a good job abroad after completing his MBA from Stanford University, but leaves all for social service and returns to the village. The villagers respect him very much and are ready to do anything with one voice.

To keep Chanchal’s interrogation secret, he is shifted from jail to a deserted palace in the middle of the jungle, the responsibility of which is left to ACP Abhay Singh. The reason for shifting to this palace is that the villagers consider this palace as ghostly and also afraid to go around it. During his stay in the palace, Chanchal learns about Durgamati. Durgamati’s soul takes Chanchal in its possession and comes into its form as night falls. Chanchal got injured in this action.

Finally, to save Chanchal, she is sent to a mental hospital, where Ishwar Prasad meets her and then several secrets are revealed. The realities of Ishwar Prasad, the murder of Shakti, conspiracy against Chanchal, and the scam worth Rs 1800 crore are revealed.

Durgamati is a remake of the Telugu-Tamil film Bhagmati, directed by G. Ashok, who took over the reins of the original film. The co-producers of Durgamati also include Akshay Kumar, whom himself played the lead role in Lakshmi, a remake of the Tamil film Kanchana 2. After watching Durgamati, a question flashes, after making a hit film in South India, what happens to those same people when they make a film in Hindi that the charisma is missing? Those who have seen Bhagmati will be able to understand this question more.

Durgamati is a very weak film at the level of writing. In the beginning, it is shown that in order to deal with Ishwar Prasad politically, people sitting in the government put CBI behind him only because he is honest. It is another matter that Ishwar Prasad is no different from other leaders. He is as corrupt as the CBI prosecutors.

Ishwar Prasad also gets the eye shadow of the authorities, because they are afraid that after Ishwar Prasad’s departure, a small person will sit in their position. The film seems to be embroiled in political thinking and fails to make any meaningful comment. There is orthodox thinking dominating throughout the narrative, which also appears in the filming of scenes.

Even on the level of acting, inadequacy does not leave its impact. Except for Bhumi Pednekar and Arshad Warsi, all the characters appear to be energyless and ineffective. Jishu Sengupta is considered one of the best actors of Bengali cinema, but his compulsion to do such a role in Hindi cinema is not understood. Mahi Gill does not impress at all in the role of CBI officer. Her character is shown in Bengali, which she struggles with an accent to justify.

In colloquial usage of the wrong verb for gender is not enough to show Bengali pronunciation. More accurate than the Bengali accent of Punjabi actress Mahi is the Hindi accent of Bengali actor Jishu Sengupta. Karan Kapadia, the son of Dimple Kapadia’s sister Simple Kapadia, got an important character in the film, but his screen presence is lifeless. His parts came up with some emotional scenes in which Karan could leave an impression. The supporting star cast of the film also failed to impress.

Durgamati – The Myth is a mythology thriller film with the name and treatment, but in reality, it is a revenge story with a backdrop of politics and government machinery. Barring a few scenes, the film is not intimidating even if it scares you. The film’s climax is full of hyper-dramatics.