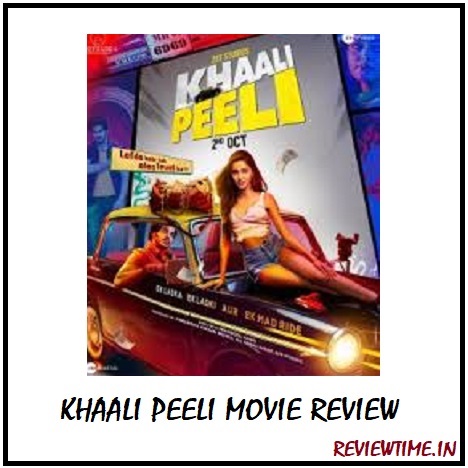 One night, in the taxi of Vijay Chauhan (Ishaan Khattar), suddenly a very beautiful girl (Pooja) arrives with some goons behind her. Pooja runs away from her wedding and has a lot of cash and jewelry in her bag. After this, the journey of these two starts in a taxi, in which a lot of spices like action and romance have been added.

The film features Ishaan Khattar as Blackie in a mix of Rajinikanth and Amitabh Bachchan of the 80s and 90s. From the first scene of the film, you get an idea of what you are going to see in the film. In the film, Maqbool Khan has put a lot of Bollywood’s spicy dialogues. In the film, between Ishaan and Ananya you will not get to see the chemistry that you are expecting. There is also a kiss scene between the two in the film which seems very strange.

The story of the film intervenes in a flashback and its emotional scenes put a brake on the pace of the film’s story. However, Ishaan has worked hard for the role of Blackie. His dance skills also appear in the songs of the film and you will remember the old days of Shahid Kapoor. Ananya is glamorous but in her look, you will not be able to imagine a girl from Kamathipura, the red light area of Mumbai.

However, in the film, Inspector Tawde and Bhim’s Kirdara, Zakir Hussain, and Satish Kaushik have made a tad of comedies. Yusuf Chikna (Jaideep Ahlawat) is the villain of the film and his performance is as solid as ever. In his small role, Swanand leaves a gritty impression. The film has 3 songs and its music has been given well by Vishal-Shekhar but perhaps they were not needed in the film.

If you are empty on weekends and are fond of spicy movies, then you can watch it.