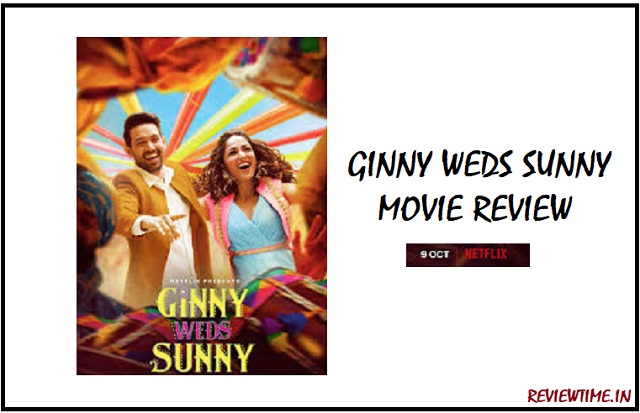 For the past several times, romantic comedies movies made on Delhi and especially Punjabi weddings are considered to be a guarantee of good business at the box office. The latest Bollywood movie ‘Ginny Weds Sunny‘ has been presented as another Punjabi love story of Delhi. This movie is a homegrown version of the 2007 Hollywood film ‘Because I Said So’.

The story of the film ‘Ginny Weds Sunny‘ is from Delhi where Sunny Sethi (Vikrant Massey) who has only two dreams: first, love and marriage to a good girl, second is to convert his father’s hardware store into Tandoori Nights in Tilak Nagar. When Sunny is rejected from everywhere, her childhood crush Ginny Juneja (Yami Gautam) ‘s mother (Ayesha Raza) offers her daughter to Sunny and teaches him every trick so that Sunny can somehow impress Ginny.

But when the thing is about to be made, Ginny’s ex-boyfriend Nishant (Suhail Nayyar) has an entry. Now you have to watch the film to know how sunny finds ginny.

Yami Gautam has comfortably played the character of Delhi’s Punjabi Kudi as Ginny. She is not only natural in this role but also looks very beautiful. Vikrant Massey is the superstar of the web series but he has rarely got a chance in films. This time, Vikrant has got a lot of opportunities to do comedies, emotions, and dance according to films, and he has also taken full advantage of this opportunity. Ayesha Raza is the perfect choice for Ginny’s mother in which she is good.

If you want to see a Delhi-based Punjabi film with light comedy, then you can watch it on weekends.