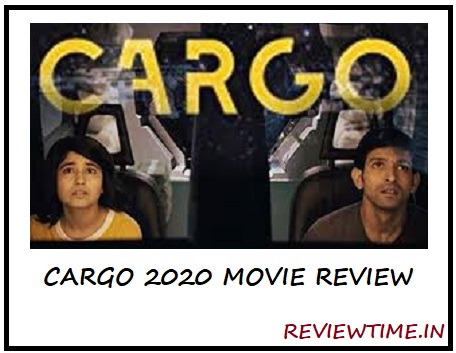 The battle between humans and demons for supremacy on earth is not old but mythical. Writer-director Aarti Kadav has weaved a new story in her debut film Cargo presenting this mythological myth with many twists and turns. In which science, space science, along with the philosophy of soul-God and life-death are also there, but it is seamlessly woven into fantasy. At a time when there is a thrust of reality in Hindi cinema, Aarti presents the fictional story as ground truth in a light-hearted comic style. This film, which starts in the year 2027, is far away from our calendars in its census.

Cargo Movie Starts in the Year 2027, when the man has reached Jupiter beyond the moon and Mars. But the situation on earth is like 2020. The same local trains, the crumbling walls of the same houses, and the blackened electric sockets in them. The same false promises of love and deception in relationships. The human being is born and is dying. But in the midst of this life and death in the cargo (Cargo), there is a big change. Yamraj or his representatives do not come on the buffalo to take the dead person. Monsters that look like humans do this. Also, there is neither heaven nor hell.

After the agreement between humans and demons on Earth, space stations performing ‘Post Death Transportation Service’ have been created in the galaxy, where the man dies. Here it is called cargo i.e. canned goods. His ‘memory erase’ is done in the station and then he is born in a new body on earth.

This story, with a fictional period and a background, is of a homo-monster Prahstha (Vikrant Massey), who has been living for 75 years on Pushpak 634-A, a space station. Whose age will be how many years, cannot say? But now that people have gone through many cycles of birth and death in his station, saying that he has seen it somewhere, it means that many ages have passed on the earth. Retirement time has come. Yuvishka Shekhar (Shweta Tripathi) is sent by the Interplanetary Space Organization of demons-humans to take his place. In Pushpak 634-A, the two live together for a short time like a human-robot. Prahstha finds it difficult to return to the earth because his feelings are related to his work. But here Aarti has also shown his small love story.

The infrastructure of cargo on the OTT platform Netflix is interesting. Compared to expensive space films made in Hollywood or Western countries, cargo made in limited resources is a beautiful example of space fantasy. Story and script have power. It keeps you tied. The journey of death and returning from there to the path of rebirth would have been equally easy but interesting.

One of the characters appearing in the space station dying in the film looks almost identical. He has died suddenly and wants to talk to a loved one or family once. Death is mechanical here. In which there is no pain, and no emotion. After sitting in a chair that ‘erases’ the memory, a person like Corey slates and is ready to be transported to the earth like a rubber puddle. All such scenes and themes are attractive here. The story of seeing the fascination with the cargo life and the fear of death from an equal distance and with a single eye appears. Many times we do not know that we are living, similarly, we do not even know that we are dead. Saying something similar, the cargo sometimes produces a light smile.

This film of about one hour and 50 minutes binds. If you like watching something different from routine movies and have an interest in science fiction then Cargo is for you. Such films are rare in Hindi. Therefore, this film can be seen for a different experience. Vikrant Massey and Shweta Tripathi played their roles effortlessly. The film sets are well designed. Its art direction and VFX are compatible with the story.