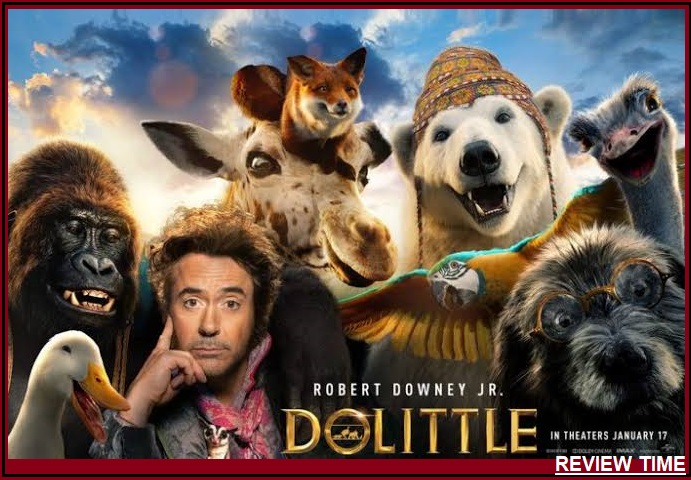 In a new take on the popular fantasy story, Robert Downey Jr. takes on the role of the eccentric doctor, who can talk to animals. The film is directed by Stephen Gaghan and produced by Universal Pictures.

Doctor John Dolittle lives behind the high walls of his juicy manor in 19th century England. His only companion comes from an array of exotic animals that he speaks of daily. When the young Queen Victoria becomes seriously ill, the eccentric doctor Dolittle and her furry friend go on an adventure to an epic island to find a cure.

Everyone’s favorite Hollywood actor Robert Downey Jr. has once again come into the audience as ‘Doctor Dolittle’ after the film ‘Avengers Endgame’. And have to say that he is in full form in this Stephen Gaghan-directed film. The film’s biggest strengths are its fun dialogues and its cinematography.

This ‘Dolittle‘ is a reboot of the ‘Doctor Do Little’ series films (introducing an old story in a new way). Talking about the history of this series, while the musical adaptation of this film released in 1967 was rejected by the audience, the film ‘Doctor Dolittle’ released in 1998, starring Eddie Murphy, was highly appreciated. After this, a sequel to this film was ‘Dr. Dolittle 2 ‘and three spinoffs (a film extending the life of one character of the main film)’ Dr. Dolittle 3 ‘,’ Tell to the Chief ‘and’ Million Dollar Muts’ films were also released.

Robert Downey Jr. has done a good job in terms of acting. Harry Collett in the role of Tommy Stubbins, an associate of Dolittle, also did a great job. While watching the film, you often miss movies like ‘Pirates of the Caribbean’ and ‘Jungle Book’. The film sometimes goes through the trails of adventure, sometimes stays on the islands of comedy, and sometimes drenches in the dew of emotions. After it is over, you take a lovely smile with you. The English version of the film lends its voice to stars like John Cena, Rami Malek, Tom Holland, and Selena Gomez. The Hindi dubbed version of this film is also very interesting with Rajesh Khattar dubbing for Robert Downey Jr.