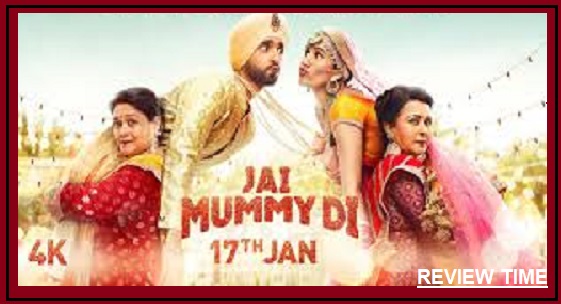 Jai Mummy Di is a light-hearted Hindi-language family comedy and drama film that revolves around two mothers and their children. The following is how these children deal with their mummy issues, which leads to complete chaos.

The problem of director Navjot’s direction is that he has chosen a very thin line story, which he could not elaborate on. That is why nothing happens till the interval. The story moves at a very slow pace. There are some laughable one-liners in the film, but they do not hold much. The story moves a bit after Interval, but the irrational and childish scenes do not take the film to any conclusion. When the reason for Pinkie and Lali’s enmity opens in the Climax, there is a feeling of being cheated as a viewer.

The glut of songs in the film creates hindrance rather than complementing the story.

Sunny Singh as Puneet Khanna has tried his best to create an impact in his character. Sonali is glamorous as Sanjha but has not been able to catch the right tone of her role. Sunny and Sonali were earlier seen in ‘Pyaar Ka Panchnama 2’, but the chemistry between the two is missing here. Poonam Dhillon and Supriya Pathak have been given the titles of Mogambo and Gabbar in the film, but nothing like that appears in their characters. His characters have not been coined properly. The experience of both these actresses is reflected in their performance, but due to loud and melodrama, they are not effective.

Why Watch: If you do not watch this film, then you will not be harmed.