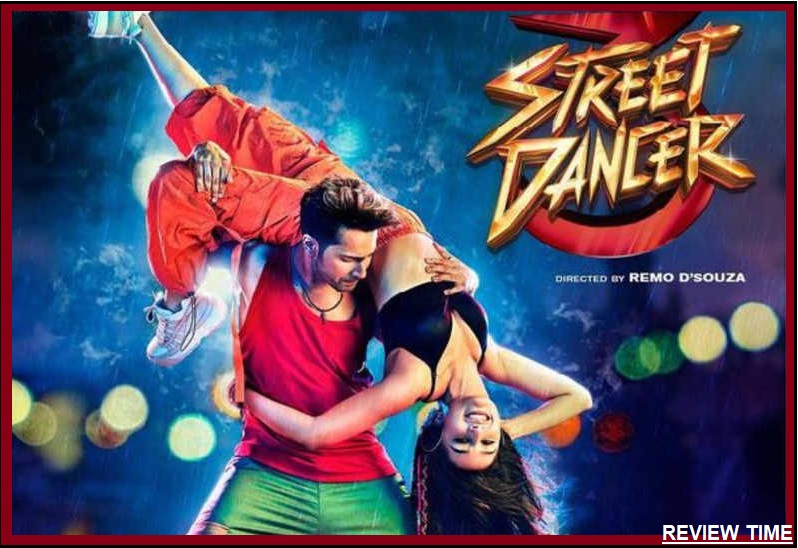 When you make a film on a subject and then make a sequel after its success or make a film on the same subject, the quality of the film is usually affected. There are only a few movies that continue to get better from the first part. The journey that director Remo D’Souza started from ‘ABCD’ has now reached ‘Street Dancer 3D‘. At the same time, Remo has raised its criteria film by film.

This is the story of Sahaj (Varun Dhawan) and Inder (Puneet), who run their dance group in London, and the group is named ‘Street dance’. On the other side is Inayat (Shraddha Kapoor) who is of Pakistani origin. These two groups usually clash on the streets of London, either during a dance or an India-Pakistan cricket match. And this arena is built in Anna (Prabhu Deva). Meanwhile, Sahaj Punjab goes to a wedding and illegally brings four people to London for money and opens a studio for his brother with the same money. Sahaj has only one dream to make his brother’s group street dancer number one.

Then, the announcement of an international competition takes place. Both groups start preparing for it. But grace comes to know about Anna’s life and life changes and motive as well. Anna feeds the remaining food from his restaurant to illegal immigrants for free. He dreams that all these people should be sent back to their country, but it requires a lot of money.

Gracefully supports her in this cause, because if the competition wins, this dream can be fulfilled. What will be comfortable with these two objectives? Will these people win the competition? Street dancer is woven on this fabric.

Luxurious sets, gorgeous locations, and incredible dance steps leave you spellbound. Although there is no change in the story of dance films as winning the competition is the objective, but keeping the audience engaged is a challenge, which Remo plays with full success. Talk about acting is more important than acting in this film, it was a big challenge for Dance, Shraddha and Varun Dhawan.

All the songs of the film are amazing and especially Prabhu Deva’s signature song contest. Overall, if you talk about it, Street Dancer is a youth film, in which there is love, fighting, quarreling, and more important world-class dance. Also, the most important thing about this message is humanity. Despite all the bad conditions, when the Pakistani Pakistanis fight hunger and poverty together and try to get those people back home, you do not feel bad at all, but it is happiness.

If you liked ‘ABCD’ then you must watch ‘Street Dancer 3D’. Compared to that film, this film is very high.

1962 The War in The Hills Review, Cast, Trailer