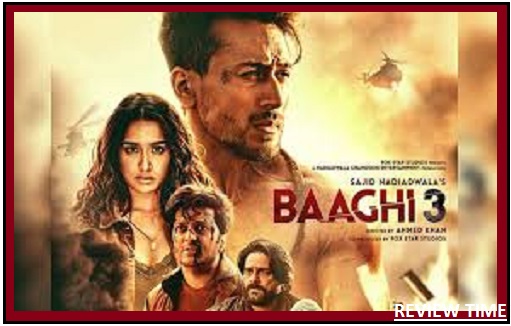 Ronnie (Tiger Shroff) and Vikram (Ritesh Deshmukh) are brothers and their bonding is tremendous. Both brothers love each other very much. Ronnie cannot bear to let Vikram do anything. Since childhood, whenever Vikram gets into any trouble, Ronnie comes to rescue him from somewhere.

Vikram has to go to Syria to complete some work. During this, both brothers keep talking continuously. The incident happens once Vikram and Ronnie are on a video call. Then some people knock on the door of Vikram.

As soon as they open the door, they start beating Vikram. Ronnie keeps watching it all via video call. In anger, he even forbids them, but they do not stop. Ronnie has no choice.

Vikram gets kidnapped. The kidnappers are very dangerous people. They do not know that they have screwed Ronnie. Ronnie immediately leaves for Syria.

Ronnie has the same mission to somehow redeem his brother. Whoever comes between Ronnie and Vikram will end it. Ronnie wreaks havoc to get his brother back safely. He alone encounters an entire country, without worrying about any consequences.

It is true that Hindi films speak of action and usually entertain a lot of audiences when villains or goons get beaten up by a hero hitting the film screen for revenge or close relationship. Director Ahmed Khan has also presented an eye of awe-inspiring action through the hero who rescued his brother and stood up against the horror, but if a little hard work was done on the story, it would have been something else.


The dying Inspector Chaturvedi (Jackie Shroff), who has been martyred by his life in a bid to save the common people in the riots, assigns the responsibility of his second son Vikram (Ritesh Deshmukh) to his son Ronnie (Tiger Shroff). Just then, the situation is such that whenever someone takes a sharp look at Vikram, Ronnie’s blood boils and he dislocates the front bone. Ronnie inspires her to take up a police job in Agra to help her brother’s future. There he also helps Vikram in breaking the trap of human trafficking. Vikram, who frees many from this gang, becomes the hero of the department and is sent to Syria to capture the real leader of human trafficking. In Syria, the dreaded terrorist Abu Jalal Gaza (Jamil Khoury) captures Vikram. Then Ronnie arrives in Syria with his sweetheart Shraddha Kapoor. He has to save his brother under any circumstances.

Director Ahmed Khan has tried his best to make the action dose stronger than ‘Baaghi 2’ and for this, he left no stone unturned to strengthen the scenes of the fight. Whether it is a typical fight scene in a mall or a street or the action between a helicopter or an army tank, everything looks like Hollywood movies, but they are killed in terms of story and screenplay. Through the character of Shraddha Kapoor, comedy has been instilled through Ritesh. Many scenes are funny, which also makes for a laugh, but the film has a feel for the revenge films of the 80-90s. Climax’s action sequences stop breathing, but he is quite stretched and there is no melodrama. The length of the film could be reduced. Santana Krishnan Ravichandran’s cinematography is worth watching. In the music of Vishal-Shekhar, ‘ten excuses do Le Gayi Dil’ is being well-liked. This song is at number five in Radio Mirchi’s list of Top Twenty. Other songs are just fine.

In the item song ‘Do You Love Me’, Disha Patni has shown amazing dance moves.


Tiger is fit in Ronnie’s role in every way. The audience starts whistling when they hit the entry shirtless with muscles and toned bodies. Going to Syria as a forest army, they have started convicting terrorists like Jaish-e-Lashkar. Their dialogue delivery has also improved. Shraddha is beautiful and glamorous, she has also done a comedy, but she did not get a chance to do much on screen.

Ritesh has done well to play the role of an innocent and timid boy, but his character is not woven properly in the story. The role of Ankita Lokhande has also not been expanded. Jameel Khori as the main villain Abu Jalal is as funny and dangerous, but the other villagers could not freeze. Vijay Verma and Jaideep Ahlwat have played their characters well.

Why Watch: Those who are fond of action films can watch this movie.