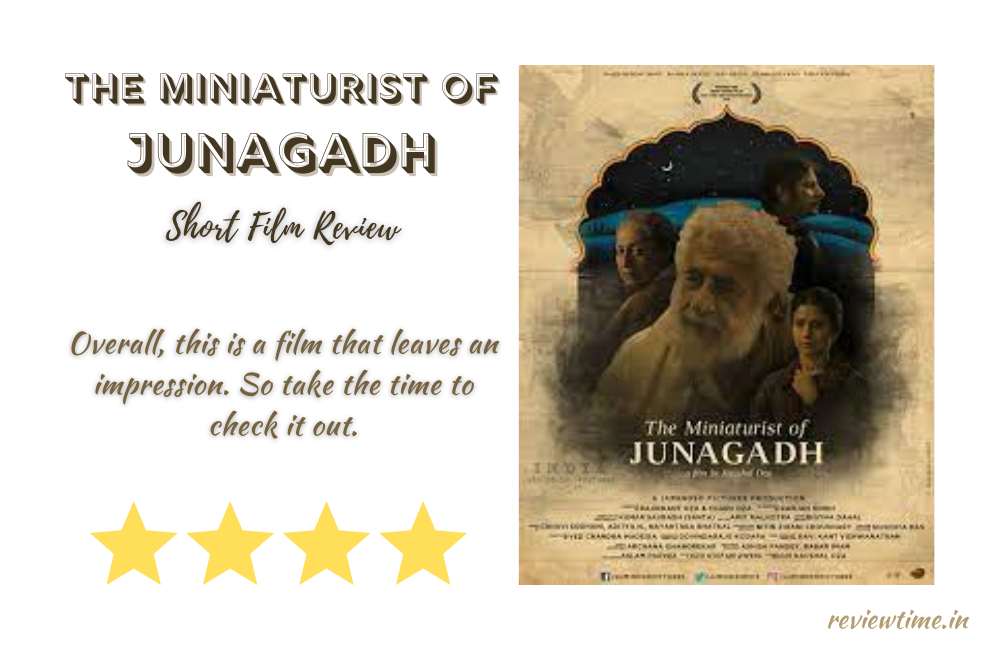 Anthology series have become a trend in the OTT era. In which many big filmmakers and actors make up their short stories. This practice is not wrong. Just because of its arrival, people’s attention toward short films gets reduced. Today, one such short film is The Miniaturist Of Junagadh.

The Miniaturist Of Junagadh Story:

The story is from 1947. When Muslims were being forced to leave the country and go to Pakistan. A Muslim family living in Junagadh, Gujarat. Who had to leave his mansion and his country and go to Lahore. There were three people in the mansion. Hussain. who are Miniaturists? Miniaturist means the painter who makes very fine paintings. Hussain’s wife Sakina and daughter Noor.

Hussain is selling his mansion before going to Pakistan. Kishori Lal, who bought the mansion at throwaway prices, has a condition that Hussain should not take a single item from the mansion with him. Be it the gramophone or the paintings of Hussain. But the family wanted them to take the last painting made by Hussain with them. This is where the story of the movie takes a turn. And reaches that conclusion that cannot be lived without seeing emotions.

The Miniaturist Of Junagadh Cast:

The Miniaturist of Junagadh Release Date:

The Miniaturist Of Junagadh Review:

The film is a Hindi adaptation of Stefan Zweig’s story Die Unsichtbare Sammlung. Which is directed by Kaushal Ojha. The scene is established before every scene. Whether it is to see the mirror of Kishori Lal or listen to the songs by ear on the gramophone. Kaushal speaks on screen without much camera movement. The good thing is that the film does not try to impart any knowledge. They leave everything to your thinking.

The use of background music is great. In the scene where the voice of Rasika blowing out the candles gives narration in the background, at that time Craft touches its peak.

Naseeruddin Shah has taken all the attention of the film. His stay brings comfort. Narration is more powerful than the actions of his daughter, Rasika Duggal. Who keeps it tied to the screen. Ajay Raj has also given the best in the role of Kishori Lal. The reason he was cast, is he has played it.

This 29-minute short film shows the pain of the India-Pakistan partition. The compulsion to leave the house, the artist’s passion for his art, and the urge to leave the house, everything is visible in it. This film not only shows the compulsions of that time but also hurts the scenario of the present time. The film teaches that Hindus and Muslims should not only have respect for each other but also respect each other’s gods and beliefs. The use of Urdu in the dialogues of the film is superb. For this one cannot live without praising Aslam Parvez. Kumar Saurabh looks amazing in both cinematography and the direction of photography.

Overall, this is a film that leaves an impression. So take the time to check it out.