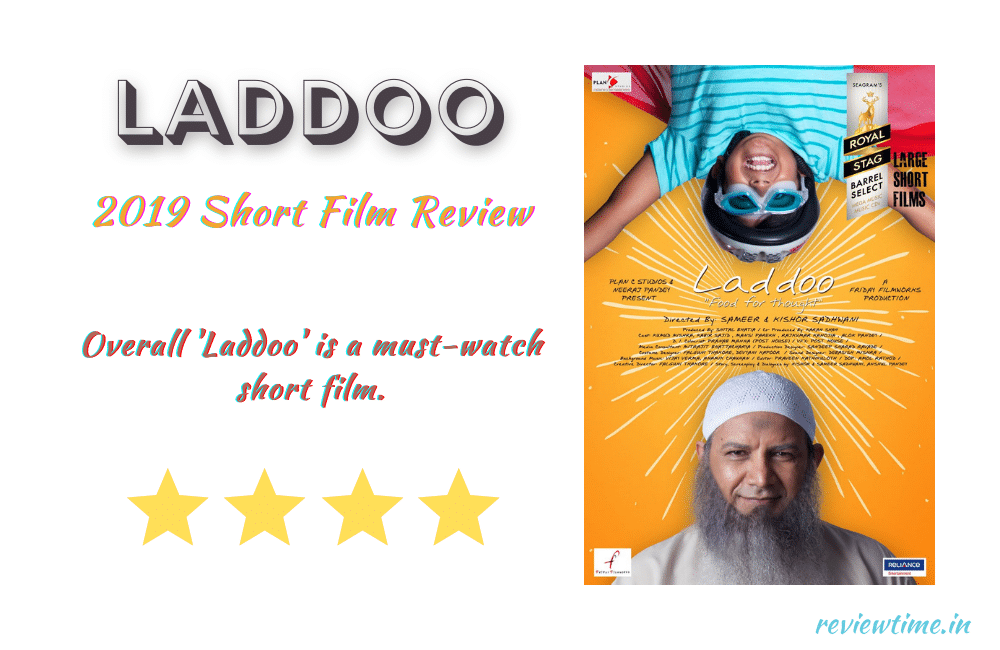 This is the review of a very cute short film ‘Laddoo‘. This 12-minute film is a must-watch.

The story is very simple. A housewife of a Hindu family has prepared some dishes on the anniversary of her father-in-law. Now they are to be fed to Pandit Ji in the temple. So that the food reaches Grandfather in heaven. Her husband is not at home, so she sends food to the temple in the hands of her 7-8-year-old child Rahul. Now Rahul is not only talkative but has a machine gun of questions.

The mother sent Rahul to the temple by giving him a tiffin of food. When Rahul reached the temple, he saw that the temple is closed. Pandit Ji has gone somewhere and the gate is locked. A big problem happened! A mosque is a visible adjacent to it. There is a bearded man roaming around, to which everyone is behaving with great admiration. It is understood by Rahul that this man is the higher authority of God’s ‘this’ house. Rahul reaches Maulvi Saheb and urges him to eat food for his grandfather’s sake. Obviously, Maulvi Sahib refuses. Then awakens the question Kumar inside Rahul. There is an argument war between the two. All the joy is in the question and answer of these two. How an innocent child can overcome an elderly cleric on the strength of his innocence is something to behold. Be sure to take a look.

‘Laddoo‘ is one of those short films, seeing which you will surely stop and think for a while. If you have an all-encompassing nature, you will feel good about yourself and if you have accidentally taken a divisive path, then you will definitely consider your choice for a moment. ‘Laddoo‘ teaches us that all the paths, in the end, lead to the same destination. But an even more important lesson is that questions must be asked. The most effective way to remove inertia is to question. American author James Patterson has a quote, “Assume nothing, question everything”. This thing should be like a mantra for the society which wants to be called progressive. The hero of our short film, Rahul, is taught this thing to us without being too fond. That’s why we have called this short film a must-watch.

Kabir Sajid Sheikh has given an amazing performance in the role of Rahul. He manages to keep a constant smile on your face. The cleric played by Kumud Mishra is not only convincing, but in some scenes, his gestures will make you feel your own words. After all, we too have become rooted in comparison to the children and do not want to be shaken by our beliefs at all. The rest of the artists also did their job well. The script stemming from the writings of Pankaj Chaturvedi is very pleasing. The central idea itself sounds amazing. Director duo Sameer and Kishore Sadhwani have done full justice.

Overall ‘Laddoo‘ is something to watch out of time. Will definitely see.