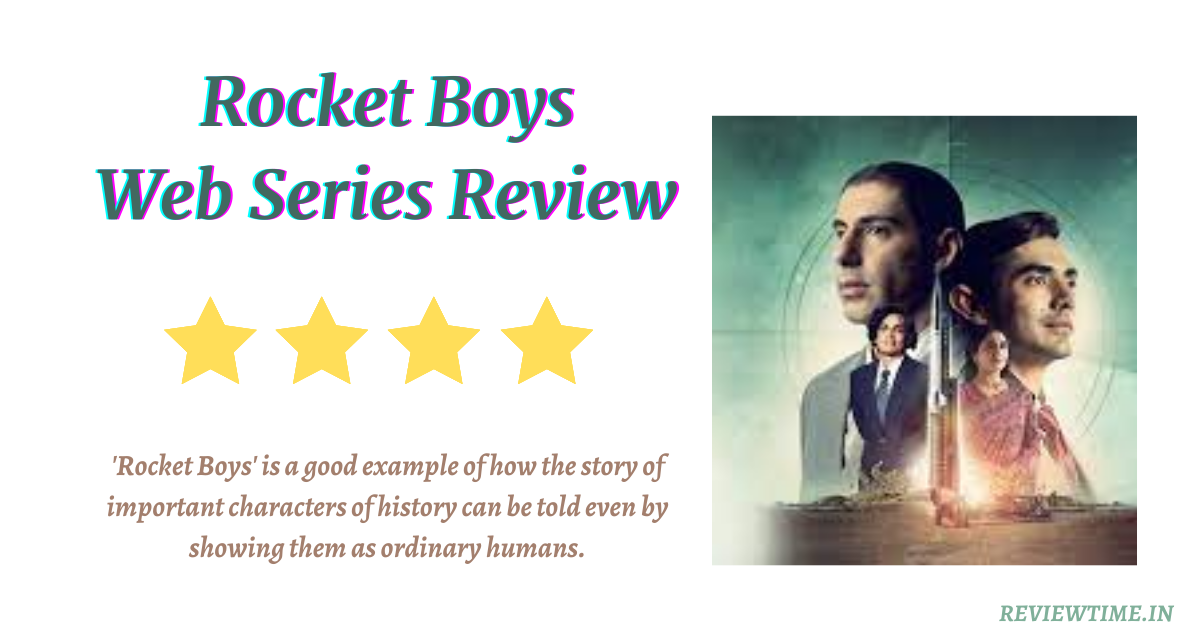 Ever since Sony Liv announced that they are bringing a series based on the lives of Dr. Homi Bhabha and Dr. Vikram Sarabhai, I was excited. To know their real story goes beyond Wikipedia. What would his life be like when he returned home after spending his days and brains in research labs? Well, the show ‘Rocket Boys‘ made on his life has been released on Sony Liv. Jim Sarbh has become Dr. Bhabha and Ishwak Singh has played the role of Dr. Sarabhai. Now let’s talk about the show.

Homi Bhabha and Vikram Sarabhai were boys from rich homes. Were not born in failure, they have to change the world. Both were different but still, one thing was the same. Both of them discovered a passion greater than themselves, fell in love with it, and threw themselves into it. One had to make India’s first rocket, to show that India is also capable of doing what other countries boast. The second was to make the country’s first atom bomb, that too in a situation when Hiroshima and Nagasaki had been stained world history. When a person is immersed in something greater than himself, what would he call him – crazy, selfish, or a great inventor. The show is able to give space to these three aspects well.

This show does not show anyone as a hero or a villain. Both of them were great scientists, we know this today. But in that period he also made mistakes. Never value your feelings, sometimes someone else’s. The show is equally interested in showing this side of him as much as it is in showing his scientific achievements. If Homi Bhabha and Vikram Sarabhai were treated like larger-than-life heroes, the whole purpose would have been defeated. Then this story would have seemed less and more fan letters. The show was about two people, about two worlds, about the characters living in those worlds. These are the characters who made Dr. Sarabhai and Dr. Bhabha.

One such important character is Mrinalini. A classical dancer, whom Vikram falls in love with at first sight. Seeing him, light water starts floating in the eyes, as if the eyes are shining. He also expresses his love in film style. In front of the whole bus. By saying ‘I find myself incomplete since you got me. The bus stops, Mrinalini and Vikram get off from it. Even seeing this scene looks like a complete film. Then comes the reality check. When Mrinalini says that she needs to go to Madras and this was the last bus. Corrects Vikram by how he is seeing her as his girlfriend and not as a different person.

Regina Cassandra, who became Mrinalini, is able to carry the grace of her character well. The writing of the show has given depth not only to Vikram and Homi but also to the rest of the characters, due to which they do not seem hollow or prop.

During the promotion of ‘Rocket Boys‘, Ishwak Singh had said in an interview that Jim Sarbh is an asset to our film industry. Here in every scene, this thing seems to be justified. Jim very effectively carries Homi’s carefree sense of humor, carries an attitude that does not give much importance to someone’s extravagant opinion. He is a kind of madness, seeing him, it seems that the real Homi Bhabha must have been like this too. At no point does it seem that you are seeing Jim Sarbh acting. It would not be wrong to say the same for the rest of the actors.

Vikram is quieter than the passion-driven Homi. After ‘Paatal Lok’, it was bound to increase the expectations from Ishwak Singh, and in ‘Rocket Boys‘ he has done only one step above. To make him look like Vikram Sarabhai, his ears have been raised with the help of a prosthetic. Be it Ishwak Singh, Regina Cassandra, Jim Sarbh, Saba Azad, or Rajit Kapoor in the cast of the show, everyone has done justice to the written script. Nevertheless, before moving on to the second department of the show, it is important to talk about an actor.

He is Dibyendu Bhattacharya, who plays the character Raza Mehdi in the show. Raza is completely against Homi Bhabha and his policy. Yet he is not the villain here. It can be called Opposite Force. Raza smells of his privilege from Homi. Believes that like what they had to see to reach their destination and Homi got all the same decorated in the plate. Some of Raza was made by writing on paper, some by Dibyendu, who should continue doing more projects.

Seeing the trailer of ‘Rocket Boys‘, it seemed that a brown color palette has been used to show the story of history. So that the old-fashioned feel can come. After watching the show, it can be said that it was not done just to increase the aesthetic value or to make the show ‘beautiful’. This tone goes with the narrative. As our characters enter into a new and independent India, the colors also change.

Directed by Abhay Pannu, ‘Rocket Boys‘ is a good example of how important characters of history can be told their story even by showing them as ordinary humans. It is not necessary to make him God every time. The show is streaming on Sony LIV, must be seen.