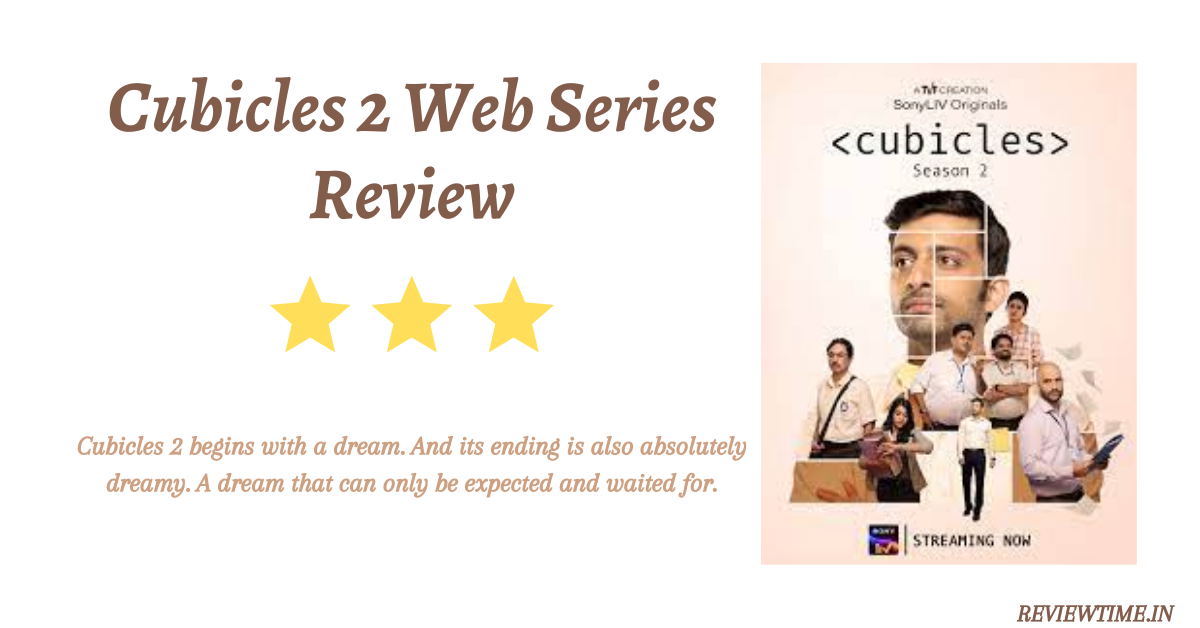 In 2019, TVF made a series named Cubicles. Now its second season has come. Any project (from the film, series to all videos that can be counted) has its own target audience. The target audience of Cubicles 2 is office-going youth, which is a huge number in today’s time. Plus the timing of this series is also perfect. The whole world is imprisoned in their homes due to the pandemic. At the same time, a series comes, which romanticizes the 9 to 5 job so much that you start missing the office.

In the first season of Cubicles, we were shown the story of a boy named Piyush Prajapati. He started his first job in a tech firm. In the second season of the show, we get to see the extended or rather a real-life version of his story. Piyush, who was an Anthu cutlet in the first year of the job, is now mellowed down. Now he has entered the game of 9 to 5 job. Finish work goes home. If you want to increase money, then wait for the appraisal or find a new job. But the problem is that in the midst of this process, his ethics and the knowledge he has read on the Internet started to come in the way. He feels that he is struggling with a quarter-life crisis. He has two choices, he should work in a place where he has become comfortable. Or accept the job offer where there is increased salary and cutthroat competition. We will not say anything, guess yourself what Piyush Prajapati chooses…

The problem with Cubicles Season 2 is that it keeps the personal side of the 9 to 5 job close to reality. But brings out the professional side in a very romanticized way. Those who are in these jobs will understand this thing immediately. But those who are doing something better in their life… I mean something different, may find this thing very aspiring. If you tell with examples, then it will be understood in a more clear way. There is a scene in the series, in which Piyush is applying for a new job. But after this, he gets tens of calls from the opposite company. This is quite an unreal situation. But Piyush’s personal life is very similar to ours and yours. He wakes up late every day. Takes a cab to the office. He gets scolded by his boss with the sword of deadlines. This company has given him an increment. But he will get that money after two years. Despite so many difficulties, he wants to continue doing the same job. And plus in a way, this series motivates others to do the same. In a slightly hopeful way.

While I am sure that after the end of this series, Piyush Prajapati himself must have been sitting somewhere with the guilt of not changing the job. TVF is known for making content for the working class. This is because working-class people are writing and playing these stories. That’s why you find his confusion in the characters of series like Cubicles like yours. This series wants to show itself seriously by using a few more lines like the one we mentioned above. But that seriousness is not there. This is a series made from the point of view of entertainment, which should be seen from that point of view.

Cubicles 2 begins with a dream. And its ending is also absolutely dreamy. A dream that can only be expected and waited for.