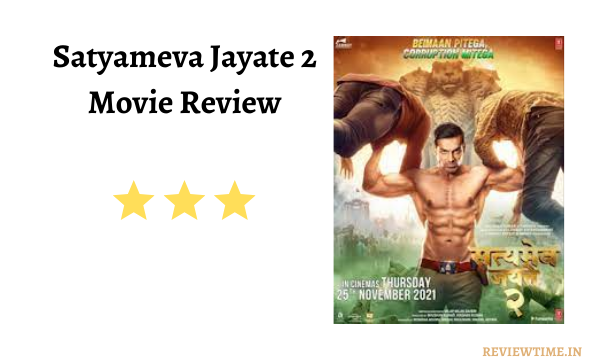 After watching Satyameva Jayate 2 directed by Milap Zaveri, you will get the feel of the 80s. The story of Satyameva Jayate 2 is also based on its first part. In which farmers’ pain, corruption, and brother-brother love conflict will be seen. Now coming to the story of the film. It’s beginning. Satya Azad (John Abraham) is the home minister of the state. The Home Minister wants to make the state corruption-free, for which he wants to pass the Anti-Corruption Bill in Parliament.

Even after lakhs of efforts of the Home Minister, no leader is ready to support him. Not even his wife Vidya (Divya Khosla Kumar) sitting in the opposition. During this time, many murders also start taking place in the state, due to which an atmosphere of panic is created among the people. Now ACP Jai Azad i.e. John Abraham is called to eradicate corruption. There comes a twist in the story where both Satya and Jai brothers come face to face. The real story of the film starts from here. Now brothers will fight among themselves or they will become difficult for others.

The good thing about the film is that the one-liners spoken in between are quite good. John Abraham has been seen doing justice to his acting. Those who are fans of his actions, then of course can watch the film. Divya Kumar is also good with John in the film. The weakest link in the film is its story. In the name of the story, there is corruption and corruption in old films.

If seen, a lot could have been done with actors like John. But the makers played the band of a good character. The songs of the film are already superhit. If only the story had been good, the film could have been much better.