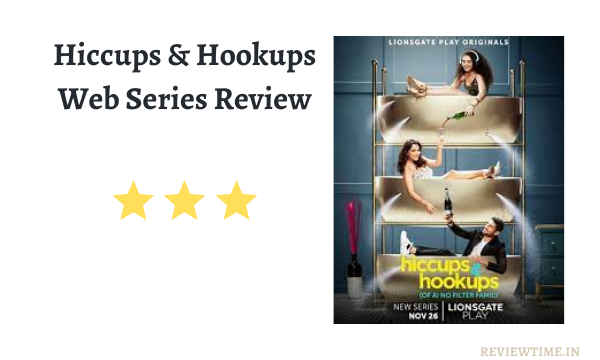 39-year-old Vasudha Rao (Lara Dutta) is living in Bangalore with her brother Akhil Rao (Prateik Babbar). Vasudha’s marriage is broken and she is looking for a partner on dating apps. Vasudha aka Vasu has told on her dating profile that she has two moles on her chest and she is hoping that she will find someone who will go out in search of those moles. Apart from being desperate for sex, Vasu is also a single mother. Vasu’s daughter Kavanya aka Kay (Shinova) is in college and she is confused about her dating life. At the same time, Akhil is struggling to get into a relationship. In this series, Vasu, Akhil, and Kavanya explore their sexual experiences along with their romantic relationships with different people.

Hiccups & Hookups web series has been created by director Kunal Kohli. Kunal has earlier made successful films like ‘Hum Tum’ and ‘Fanaa’. The pair of Lara Dutta and Prateik Babbar match each other. The work of both is wonderful. Casting director Mukesh Chhabra has acted in this series and in the role of Lara’s boss, he has added fun to the series. Shinova, who plays Kavanya, has made her debut with this series and her work is also good.

This is the first original Indian web series of Lionsgate Play. Written by Indira Bisht, this story explores the modern-day dating and relationships of two generations in a wonderful way. Indira has written the series in a good way and has given layers to the characters. You can watch this series on Lionsgate Play.