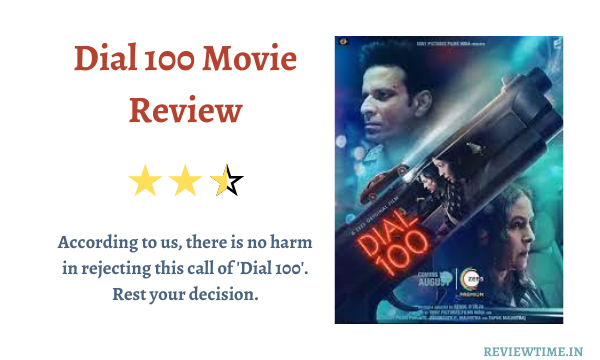 A new movie has been released on ZEE5. The name of the movie is ‘Dial 100‘. Let us also tell you how strong is the entertainment connectivity of ‘Dial 100‘, which lasted 1 hour 44 minutes.

The story begins with the Mumbai Police Emergency Call Center. Police officer Nikhil Sood is doing night duty here. Answering public calls from the headphones of the police system. Solving the rift between wife and son at home with a personal phone. Meanwhile, a call comes in the office. The caller insists on only talking to Nikhil instead of anyone else. Nikhil takes the call. The caller in front starts asking strange questions to Nikhil. At first, Nikhil feels that some drunk caller is pranking him. But gradually the caller’s words start getting strangely frightening. Going further in the story, this call proves to be a time for Nikhil and his family.

‘This is not justice, it is revenge’

Nikhil Sood speaks this dialogue at one place in the film. Can’t tell in which context he speaks. There will be a spoiler. But this dialogue itself points towards the effect of this film. Because the plot of the film is very similar to Amitabh Bachchan and Taapsee Pannu’s 2019 film ‘Badla’. But alas, the film does not even pass far and wide in terms of entertainment.

‘Dial 100’ is a suspense thriller genre film. But what was the suspense in the film, it is still suspense for us. Talking about the thrill, more thrill than this film, then when the internet gets blown up, it comes in the dinosaur game of Google Chrome. Everything gets revealed in the first 20 minutes of the film. And the remaining one and a half hours are completely lost. There is not a single moment in the whole film that can thrill.

Manoj Bajpayee is doing the character of Nikhil Sood. He leaves no stone unturned in acting. We have seen Manoj Ji in ‘The Family Man’ only recently in those places where Nikhil Sood goes through. That’s why the performance seems to be repetitive. The role of caller Seema Pallav is played by Neena Gupta. It was refreshing to see Neena Gupta in such a gray shade character, unlike Manoj Bajpayee’s character. But his character didn’t have much to do in the film, except a few same old things. It will be interesting to see the rest of Neena Ji in such a character. Sakshi Tanwar is playing the role of Prerna Sood, wife of Nikhil Sood. A middle-class housewife. There was nothing special in the character of Sakshi but still, whenever she comes on screen, she registers her presence.

‘Dial 100’ is written and directed by Rensil D’Silva. Every scene of the film seems to have been seen a thousand times in a film, serial, series. There is no special creativity in directing too. The same methods shown over the years have been used in this film.

‘Dial 100‘ is a stale film. In which even a good star cast could not bring freshness. The film fails to entertain. According to us, there is no harm in rejecting this call of ‘Dial 100‘. Rest your decision.