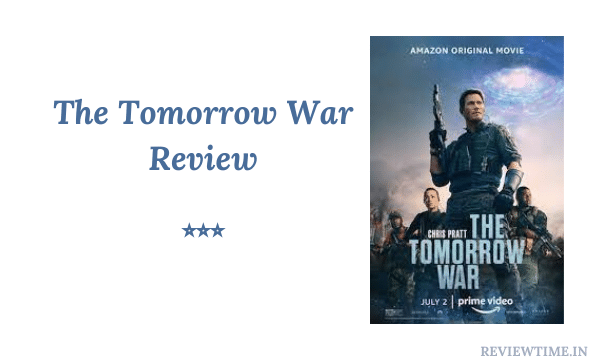 The Hollywood film ‘The Tomorrow War‘ is based on the human future, the truth of which hardly anyone knows about. The film stars Hollywood stars Chris Pratt, Yvonne Strahovski, JK Simmons, Betty Gilpin, Sam Richardson, and Edwin Hodge in the lead roles. This science fiction, action, adventure movie is directed by Chris McKay.

The film ‘The Tomorrow War‘ is the story of a father who fights against the world’s biggest enemy to save his daughter. In this, an attempt has been made to create a temper of war between science and emotion. Christmas of the year 2022 is being celebrated with pomp in America. A Christmas party is going on at the house of school teacher Dan Forrester (Chris Pratt). He is watching the final of the Football World Cup sitting with his daughter. Suddenly in the middle of the field some armed men are seen, who describe themselves as ‘time travelers’. The ‘time traveler’ coming out of the womb of the future has brought a serious message from the year 2051.

He says that 30 years in the future, human civilization is losing the battle to deadly aliens. If soldiers and civilians from the past can go to the future to fight, only then can there be the hope of winning the war. After hearing this, the army is sent from all over the world. When the army starts falling short, the volunteers are encouraged to come forward to fight. Dan Forrester, who has previously served in the Special Forces, agrees to leave. He has to go through a dangerous test, in which he is found capable. He is sent in the future. There, Dan meets his future daughter.

Dan’s daughter is a colonel in the army of the future but dies fighting aliens. When Dan returns to the present, he begins to worry that his daughter will die after 30 years. He vows to change the future. Forms a team with his friends to fight and eliminate aliens hiding in glaciers in present-day Russia.

‘They will spend money on weapons, but not on research’… This dialogue of the film exposes the reality of those countries, which are playing the game of weapons for money, in the frenzy of war. Their weapons sometimes rain shells from the sky in the form of warships, sometimes they fire missiles, and sometimes they wreak havoc on the whole world by becoming a bioweapon. Many such facts have been presented in this film, which is really the future of the world.

As far as the subject is concerned, it has been picked up well in the film, but the grip on the script is very loose. The action is strong, but due to the weak story, it does not become interesting. Special effects and visual appeal are better. Background score and music are average. As far as direction is concerned, this department has spoiled the whole matter. The tight direction could have made the film interesting. All the actors including Chris Pratt did a great job, which is the strongest aspect of the film.