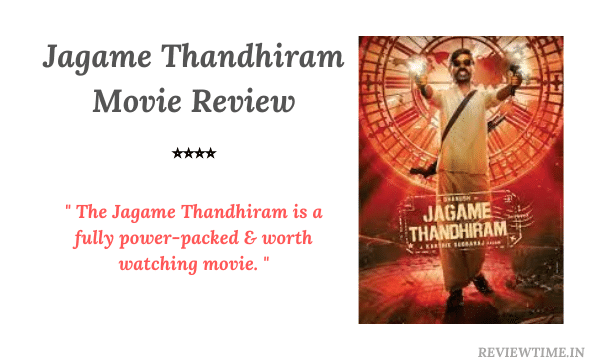 The fans of South Superstar Dhanush were eagerly waiting for his new blockbuster Jagame Thandhiram. And finally today this film has been released on the OTT platform Netflix. Originally, Jagame Thandhiram is a Tamil film. But the film is also released with dubbed versions in Telugu, Malayalam, Kannada, Hindi, English, French, German, Italian, Polish, Portuguese, Brazilian, Spanish, Thai, Indonesian, and Vietnamese. It is the first time for a Tamil film to released in 17 languages, over 190 countries through Netflix.

In this movie, you will get to see Crime, Thriller, Drama, Action, and Fight. The cast of Jagame Thandhiram movie has played their character very well. So, we can say that the “Jagame Thandhiram” is a fully power-packed & worth watching movie.