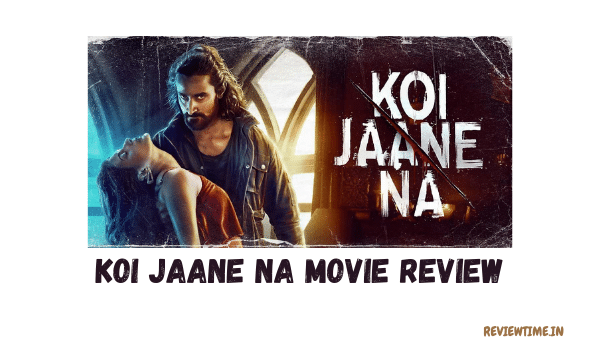 The story of the Koi Jaane Na movie revolves around Kabir Kapoor (Kunal Kapoor). Kabir is now divorced and his wife now wants to seize everything. Kabir does ghostwrite for some people and has written those books under the name of Zaran Khan. He decides to go to his Panchgani farmhouse from Mumbai and on the way he meets Suhana (Amaira Dastur). Kabir falls in love with Suhana and Suhana also falls in love with Kabir. Meanwhile, Detective Rikki Rajoria (Karim Haji) is murdered, who was keeping an eye on Kabir at the behest of Kabir’s wife. The police feel that Kabir has been murdered Rikki Rajoria. Now Rikki Rajoria is murdered by Kabir or someone else. To know the answer to this question, you will have to watch the Koi Jaane Na film.

The Koi Jaane Na film has been written and directed by Amin Haji. After watching the film, we can easily say that Amin Haji chose the subject well, but he could not do it well. The screenplay of the film is not good and the cinematography is also not good. Some dialogues of the film have become just good.

Koi Jaane Na is a psychological thriller film and no one knows about this film like the title of the film. You can only watch this film for the dance moves of Aamir Khan and Elli Avram, otherwise, there is no other reason to watch the film.