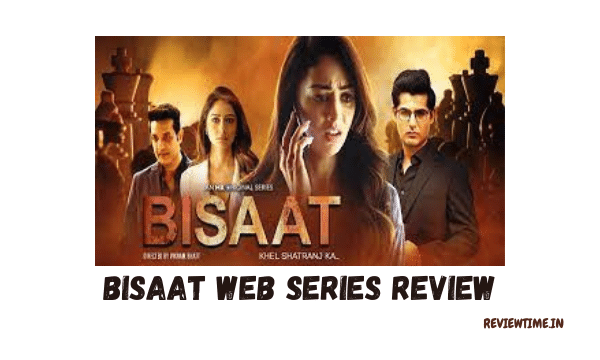 ‘Bisaat‘ is the new series released on MX Player. It is a series of only eight episodes that tries its best to create suspense. Along with suspense and crime, it also tries to find trust in human relationships. Simultaneously opens a chapter on Psychology. This series can be seen on MX Player for free, but how is the series? You have every right to know before watching this series.

The ‘Bisaat‘ is called the one on which the chess pieces are placed. The wonder of the game of chess is that at which speed, when, and where it dies, it is not known. Something similar is happening in this series as well. Director and writer Vikram Bhatt has laid his story around Kiara (Sandeepa Dhar) and her work. As he always does in his films.

Radhika, a patient of Kiara, goes into depression after being disturbed by her husband Yash Kapur’s antics. Kiara becomes personal, helping him. She tries to get her justice. When Kiara meets Radhika’s husband Yash Kapoor, he tells something else. Kiara gets trapped between that husband and wife. She does not know who is telling the truth and who is telling lies. When she goes to find out all this, Radhika’s husband is killed. The charge comes on Kiara’s head. Police are searching for Kiara. Kiara must gather evidence to reveal the truth. She has to find out who has trapped her. Somewhere Radhika was not talking to her about her husband. The murderer is revealed in the eighth episode of the series. But by the end, there are many twists and turns in the story.

Most of the films of director Vikram Bhatt are horror suspense or crime suspense. He came to the web series by making films full of suspense. But there is no such special thing in his suspense, which has never been seen before. The series looks similar to the rest of his films. It is different that there is little entertainment.

An actor can give newness to any series by his/her acting. They can do it in a new way. Viewers can be convinced with their acting. Sadly, in the entire series, no actor is seen acting in such a way that he can convince anyone with his acting. In many places, the series definitely looks like Savdhaan India.

The right to watch any series and to like it or not like it only belongs to the man who has given it his precious time. What does the viewer like and what does not? It depends on the viewer’s own likes and dislikes. Somebody likes suspense. If you like serials like Savdhaan India or Crime Patrol, then those people can watch the series. He is going to have a lot of fun in the series. Apart from this, fans of art films can get bored in the series.