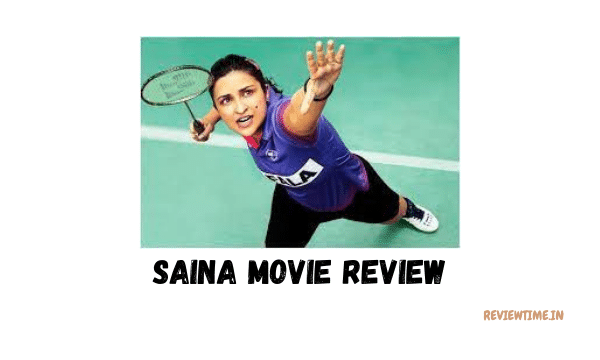 No book should be judged by its cover. The same thing happened with Parineeti’s Saina when the makers released the film’s poster. A ruckus ensued, a joke was made and the film’s flop was told before release. Now leaving that story behind, let’s talk about March 26 when Saina has been released on the big screen.

It is not an easy task to show Saina Nehwal’s life on the big screen. If a film is made on cricket, people already know a lot, the makers also have many sources to gather information. But this is not the case with badminton. It is neither ever covered on a large level nor is any star player given tremendous limelight. In this case, we can say that for the first time through the film Saina, we are getting to know the story of Saina Nehwal. It is being told that Saina Nehwal became World Number 1, but there is a big struggle behind it, many people have blessings and strong willpower.

Where did that journey begin, what were the challenges that came up like a mountain, was Nehwal always champion, and how did he face the failure? Director Amol Gupte has answered these four questions with great detailing through Saina and this film of 135 minutes long is based on these questions.

Parineeti Chopra’s Saina is fantastic, excellent, and carries all the qualities that prove to be a good biopic. That means neither the film was dragged too long, nor the film felt excessively melodrama, nor did the film throw up even once. Everything was served in exactly the right amount and on seeing it, we came to know the story of Indian star badminton player Saina Nehwal in a light way.

Saina has been able to watch because the film’s star cast has made it worth watching. Everyone has done a great job. Parineeti Chopra is running in top form. Speaking in the language of badminton, many smashes have been killed and every smash has given them a full point. If it is called the best performance of her career, then it should not be an exaggeration. Style of play, tone of speech, dressing sense, you can pick up any aspect and Parineeti will be seen doing justice.

Now her mother’s big hand has been behind Saina Nehwal’s success in real life. The makers took this thing very seriously and cast Meghna Malik for that role. This decision proved to be very accurate as Meghna has taken full advantage of her experience. With the Haryanvi touch, he has played the role of Saina’s mother very well. Subhrajyoti Barat has also done a wonderful job in the role of father. Their bonding with Parineeti is amazing. Manav Kaul has also been cast in the film. He has appeared in the role of Saina Nehwal’s coach. He has not done any acting, has looked absolutely natural.

Saina’s direction will be said to be fulfilled. Amol Gupte has served the audience a beautiful story without being bored. Praise is also made because every character associated with Saina Nehwal’s life has been given full space, got a chance to shine. But one thing knocks a little. The film was made on badminton, so the audience should have a chance to watch the best matches of badminton. It is not that the matches have not been shown, but there are fewer and in the visible ones, the intensity has been reduced a bit.

Watch the film, you will get lots of motivation, not disappointment.