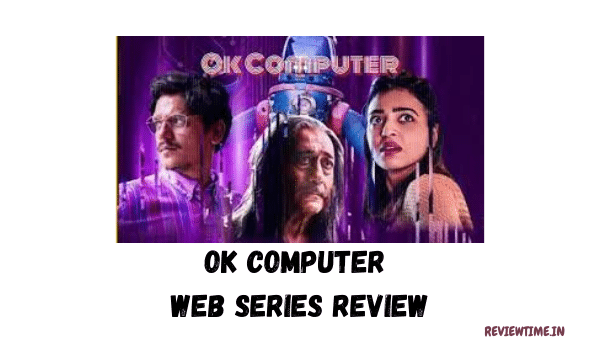 There have always been questions on the dynamics of life. It has been believed by many environmental protectors that by promoting technology more, we are playing with nature. While modern-minded people do not agree with this logic at all. It would not be wrong to say that our society has not been so sensitive to nature and that is why scientists are concerned about the future. What will the future be like? This question can come to the mind of any person sitting alone. He can also guess the increasing velocity of progress with his ideological wisdom. One such idea is ‘OK Computer‘. OK Computer is a web series that does not talk about any aspect of both nature and progress. The series talks about the balance between the two, which at the moment does not seem to be visible in reality.

The story of this web series begins with a murder. The year 2031 is going on where technology has developed so much that you will see more and more robots on earth. The more emotions you can see in a robot, the fewer emotions you will find in humans. One such police officer of the future is Sajan Kundu (Vijay Verma). Sajan is not very capable in the eyes of his colleagues and boss, but he is given a chance to solve this murder mystery. Lakshmi Suri (Radhika Apte) comes to support him in this. To say, Lakshmi is Saajan’s companion, but there are always ideological differences between the two.

This murder mystery is such a roller coaster that can get the mind of the best to understand, but some do not understand who has murdered and who is the murderer. But if you come to know the essence of the story, then a huge improvement can be seen in society. Today 2021 is going on. The story is not much later. Just a decade ahead. But we have to make it clear that by reaching within a decade, we should not be able to sit in the bull of technology so far that the natural beauty will be left behind and its stories are left behind. There is also a strange ‘weird’ in the web series named after the robot. You will know how strange it is by watching the web series.

Before assessing whether this web series is good or bad, we have to take special care that not much work has been done in our own Bollywood on such projects. First of all, the directors of the film Neil Pagedar and Pooja Shetty deserve praise for making a web series on this subject. At the same time, its scriptwriters and writers also try to simplify this complex story. But even after this, the balance in this science-fiction comedy seemed a bit wavering. Meaning that in a short period of time, you will laugh in some half-scenes or dialogues, but not more than that. Talking about the dialogues, undoubtedly the dialogues of this web series were creative, but Humer looked a little empty-handed in it.

Vijay Verma is gradually becoming a guarantee of success. They are winning the hearts of the people with their characters, very silently. In this too, he has played a very interesting character of Saajan Kundu. But weighty dialogues could bring more life to his acting. Presentation of the rest of the expressions, which the actor learns, his life becomes self-evident in his acting. Radhika Apte looked fabulous as always. There is no break in his natural acting. Other characters have also done well. Kani Kusruti, Sarang Sathaye’s role is also good. Jackie Shroff has appeared in a unique role and is covered. Even though the length of his appearance is a bit low, but there is a lot of power in his acting. Rasika Duggal is in a special appearance.

Overall, this web series must be watched not only by the country but also by people all over the world. Because neither ignoring the environment is a matter of matter nor excess of technology is a commendable step. There is no objection to the balance of these two. Possessing both is probably the right direction. Also, an example of what can spoil the balance of both is ‘OK Computer‘.