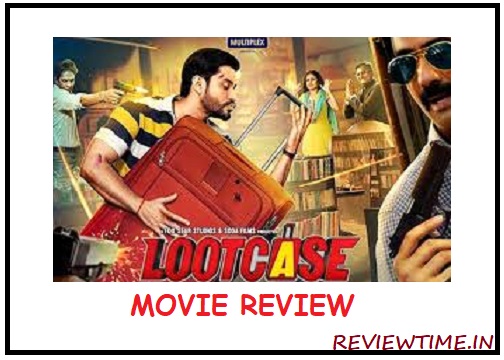 Lootcase is a Bollywood comedy-drama directed by Rajesh Krishnan. The film stars Kunal Kemu, Rasika Duggal, Gajraj Rao, Ranveer Shorey, and Vijay Raj in the lead roles. Lootcase was scheduled to be released on 11 October 2019, but due to the severe epidemic in the country, its relieving date was increased to 31 July 2020.

The story of the film revolves around a common man, Nandan Kumar, who gets a bag full of money and a new twist in his life every day, three to four people lying in the back of the suitcase. In this story, the audience will get a dose of comedy. Now at the end, who will rob this suitcase full of money, this is the story of the film.

Due to the pandemic spreading across the country, the film’s makers have released it on the online platform, the film released on Disney Hotstar.

In the film, the troubles of a middle-class family man are shown very lightly. The story of the film is good but the audience already gets an idea of it. The film seems to be stretching in the middle. The good thing is that Kunal Khemu has played the character of a common man very well. Sushant’s wife Lata who is the daughter of a priest, Rasika Duggal plays her character very well. Vijay Raj is the best in the role of a local goon and Gajraj Rao does not disappoint either. Ranveer Shorey is quite funny in the role of a policeman.

If you want to see a light-hearted comedy on the weekend, then you can watch it.