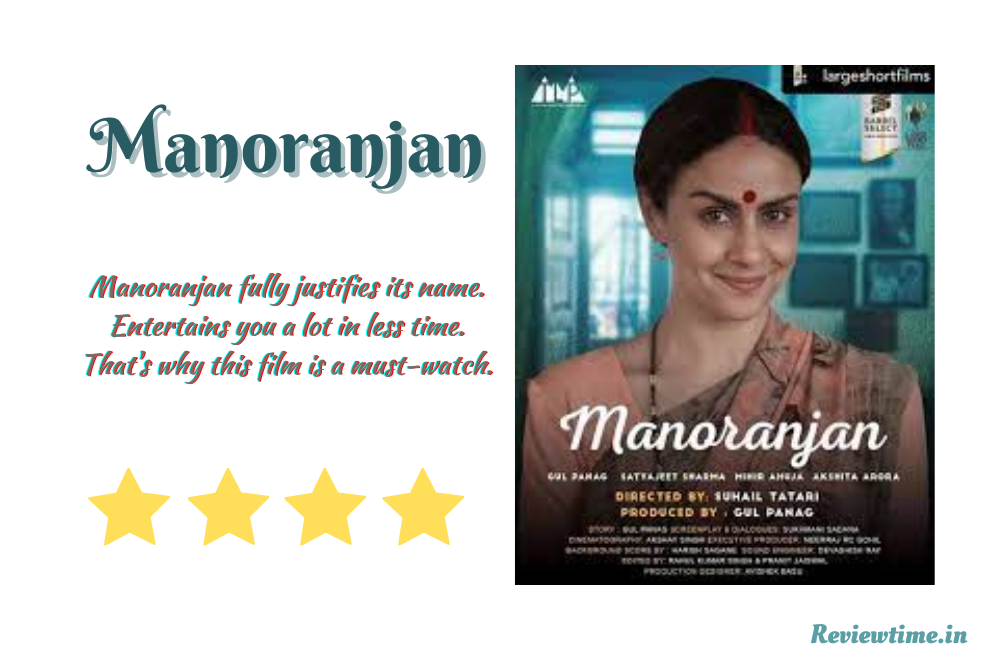 So this is the story of Lalita. Typical Indian housewife. Her husband’s name is Satyanarayan. Work in railways. He performs the duty of the government day and night. Lalita wants to go on vacation with her husband for many days. Where? Dalhousie. Khajjiar is a small place in Himachal Pradesh. Which is called mini Switzerland. Lalita definitely wants to visit that place once. Does all the planning. Suitcase packs. Everything gets completely ready. But at the last moment, a guest comes to his house. Unwanted guest, Chirag Choudhary.

This guest does not come for a day or two but for three months. Due to this the plan made by Lalita gets ruined. In the affair of hospitality, he has to suppress the excitement of his vacation. Why does that vacation matter to Lalita? Will she still be able to go on that vacation? How will he get rid of that uninvited guest? The story around this has been wrapped up in 24 minutes.

Gul Panag has written the story of Manoranjan and has written very smartly. The entire responsibility of maintaining the suspense also goes to her writing skills. Gul Panag is also playing the character of Lalita. We all know very well that she is the best actress. But her effortless acting in this film will confuse you in many places.

At first glance, you will find Lalita’s character confused. From the very first scene, you will not be able to form an opinion about that character. In one scene, Lalita tells Chirag that she rolls papads every day and sells them. To help with household expenses. Cut to the very next scene, she throws all the rolled papads in the well.

This struggle goes on inside your mind as to what is going to happen next. But by the end of the film, it is understood that a woman can do anything if she wants. This character tells that as long as things go according to the person, everything is perfect. But where the circumstances stagger, different shades of people start coming out from inside.

Satyajit Sharma has played the role of Lalita’s husband. Satyajit’s role is very small. But even in that small role, he does his part.

Now the talk of Mihir Ahuja, who plays the role of Chirag. Chirag Chaudhary manages to show himself self-centered on the screen. He is the fastest guy ever. Inside which overconfidence is stuffed. His acting is also very good.

Above we talked about acting. But it is also important to talk about its direction. Manoranjan has been directed by Suhail Tatari. He gives close attention to the little things. For example, false teeth kept submerged in water, faded slippers kept inside the room, or a toothbrush that has turned white to yellow inside the bathroom. The toughest part in filmmaking is to create suspense about anything. Today’s people are so smart that they already know what is going to happen next. But you cannot reach any result in Manoranjan. That’s why the last 20 seconds are the most important part of this short film.

Manoranjan fully justifies its name. Entertains you a lot in less time. That’s why this film is a must-watch.