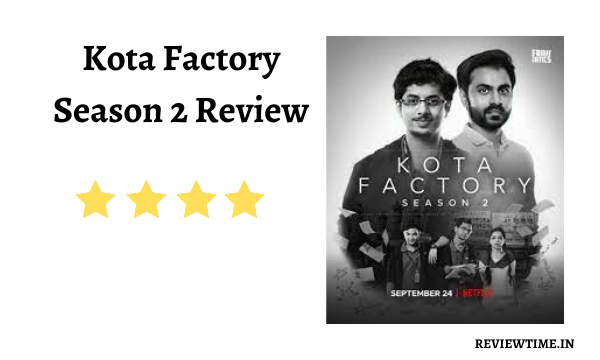 The wait for Kota Factory, which is one of India’s top-rated web series, is over. The second season of this most awaited web series has been released today and is being streamed on Netflix. Let us tell you that the first season of TVF’s Kota Factory was released on YouTube in the year 2019, which got tremendous ratings. In the Season 2 of the series, an attempt has been made to beautifully depict the story of the pressure and struggle of the students living in Kota, Rajasthan. How difficult the journey of IIT can be, has been shown in a very amazing way.

It is shown in Season 2 of the series that the students come to know that their favorite Physics teacher Jitu Bhaiya has left the tuition center, in such a situation the children are scared. Along with this, Jitendra Kumar has opened his own coaching center this time in Kota Factory, in which his special students come back again and start their IIT preparation with them. However, during this time, how they prepare the students for the future as well as what kind of problems they have to face in their own coaching has been shown very well.

Talking about acting, all the characters seem convincing and they have tried to do justice to whatever role was given to them. Seeing the day-to-day struggle of Mayur More, we are reminded of our story. In fact, all of us have gone through these situations at some point or the other. The way Mayur has presented all the emotions well in front of the camera, how his expressions change as soon as the crush comes into life, it is really quite realistic and capable.

Talking about direction, Raghav Subbu has an understanding of his work and the way he has produced it keeping in mind the smallest nuances is indeed a treat for the audience. The beauty of this web series is that along with making us face the bitter reality of the world, it also motivates us. The feelings and thoughts of teenage children have been beautifully filmed in the web series. Even if the results are not good, keep working hard. Those who are not working hard, struggle with themselves and are unable to go back thinking about their parents.