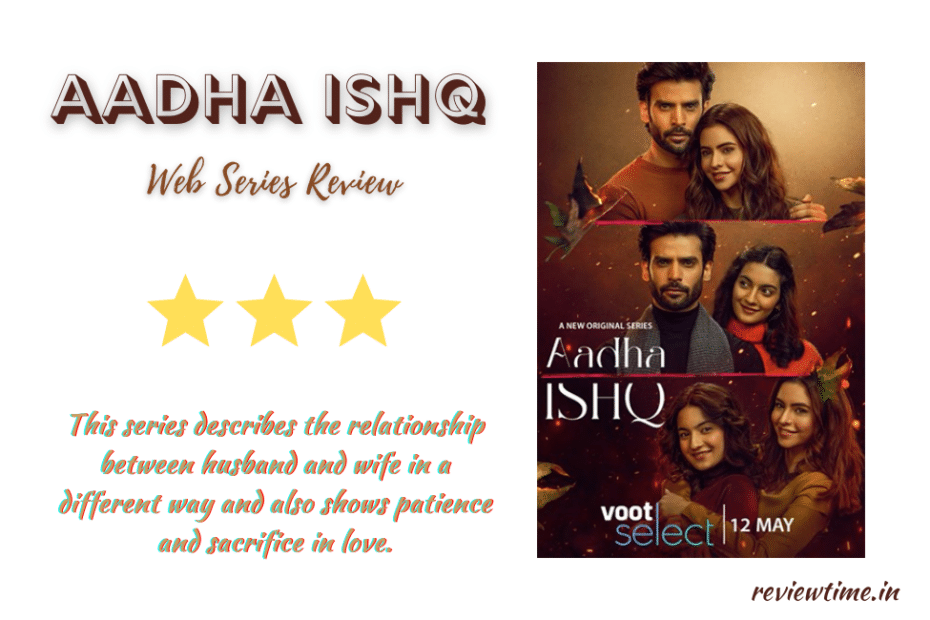 There is no age restriction on love. Then whether it becomes complete or remains incomplete. An attempt has been made to show something similar in the new web series ‘Aadha Ishq‘. A married woman falls in love with an artist but her story does not materialize. Then after some time, such a turn comes that the teenage girl of the same woman falls in love with her mother’s own lover. That is, mother and daughter are in love with one person at the same time. Then the twist comes in the story… it has been filmed by Nandita Mehra in a very beautiful way.

Gaurav Arora i.e. Sahir Singh is a struggling artist, who lives in Kashmir. One day he sees Roma from the window of his room and on seeing it, he picks up his sketch. Standing under the open sky amidst a sheet of snow, he brings down Roma on the canvas in a few moments.

Roma settles in Sahir’s mind at the very first glimpse. Sahir creates another splendid painting of Roma. When Roma gets this painting through her friend, it is as if she becomes alive. The look that she was looking for in her husband for years, she gets by going to that artist. Sahir as if peeping into Roma’s mind, painted his form through colors and wrote his entire story on a paper .. and himself got into his romance.

Despite having a daughter, Roma did not share the bed with her husband, but her relationship with Sahir became so deep that she became pregnant. When Roma’s husband got this news, he gave Roma the option to choose either daughter or lover. In front of the mother’s love, Roma put the brakes on her love story there and shifted with the family to Mussoorie-Dehradun.

Sahir considers this move of Roma to be a betrayal in love and now comes an interesting twist in the story. Sahir wandered for 10 years in search of Roma. In the meantime, he also became a well-known artist. Sahir goes to a school as an art professor. Here Roma’s daughter Rene (Pratibha Ranta) studies. Sahir knows this and deliberately gives attention to Rene. Just as Sahir had made his place in her heart by painting Roma, in the same way, Rene is so attracted by one of his sketches made by Sahir that she falls in love with Sahir.

But when Rene comes to know about the love story of her mother and Sahir, she is shattered. But, she agrees to the marriage of her mother and Sahir. On the day of the wedding, when Rene’s mother is waiting for Sahir dressed up in a red pair, Rene goes to Sahir’s room and takes off all her clothes in front of him, and then Sahir…

To know what Sahir does, you have to watch the series which is available on Voot.

The series has been shot in spectacular locations ranging from the captivating valleys of Kashmir and Dal Lake to the lush green hills of Mussoorie and the Ganges River in Rishikesh.

This series describes the relationship between husband and wife in a different way and also shows patience and sacrifice in love. The plot of the series may be seen on a bold topic but it has been shot very seriously like a family film. There are nine episodes in this first season.

The main character in TV’s popular actress Aamna Sharif (Roma), is shown as a married woman. Roma’s husband is played by Kunal Roy Kapur (Milind). Whereas the most important episode of the story i.e. in the role of mother-daughter lover is young dashing model Gaurav Arora, who is playing the role of an artist. Aamna Sharif as a middle-aged lady has played her character in the best way, while Gaurav Arora has also looked perfect as an intense lover. At the same time, young talented Pratibha Rante has also played her role very cutely. While Kunal Roy has not been given much space.